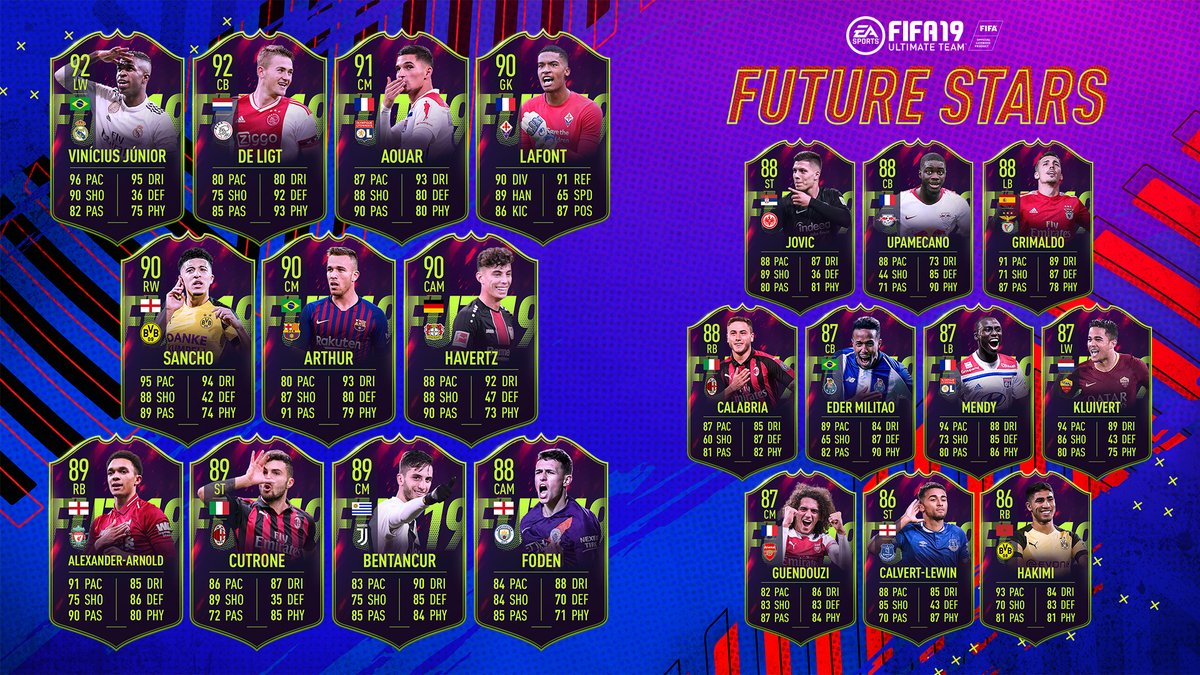 All Future Stars Players in FIFA 19

The brand new FIFA promo, Future Stars, has finally arrived and the full squad of heavily boosted youngsters has been revealed. Here are all the Future Stars players in FIFA 19.

The players that have been included need to be both under the age of 23 and not a world-renowned star. The ratings are based on what EA feels their potential is for coming years. The full list of players available is:

It is likely that we see some additional Future Stars players added to the game via Weekly Objectives and Squad Building Challenges. When or if they arrive in the game, we will be sure to update you here on who the players are and how you get them.

Be sure to check back with Twinfinite over the coming days for more on how to get the Future Stars players. Also, keep an eye on EA Sports’ FIFA Twitter account for all the surprises.

That’s it for our Future Stars predictions for FIFA 19. For more tips and tricks on the game, check out our extensive FIFA 19 Wiki Guide.