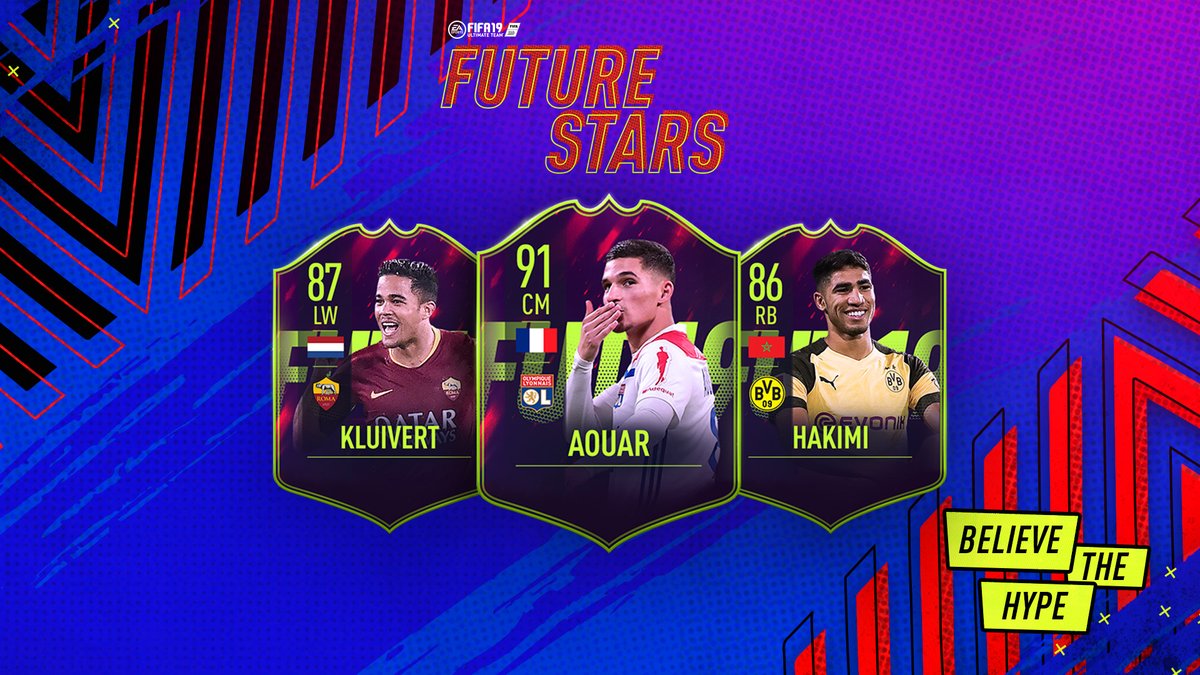 Everything You Need to Know About FIFA 19 Future Stars

A brand new, never before seen promo is coming to FIFA 19 this week. Future Stars will see some of the best youngsters in world football given heavily boosted cards. Here is everything you need to know about the Future Stars promo in FIFA 19.

EA Sports has already revealed six of the players that will be part of the squad, they are:

Of course, there are so many quality future stars playing at the moment that it’s difficult to narrow it down to 23. EA Sports will reveal more of the players soon, with the full squad being released, presumably into packs, at 1PM ET on Jan. 18.

We also do not know the full team or the exact ratings yet, with them due to be revealed on Friday. You can check out our predictions for what we expect from the full team.

After how exciting the TOTY promo was last week, we’ll likely see some exciting SBCs throughout the week. They could be new Flashback SBCs or extra Future Stars players. We’ll be sure to update you here once new SBCs are released.

Be sure to check back with Twinfinite over the coming days for more on how to get the Future Stars players and a run down of all the ratings once they’re confirmed.

That’s everything you need to know about the Future Stars promo in FIFA 19. For more tips and tricks on the game, check out our extensive FIFA 19 Wiki Guide.