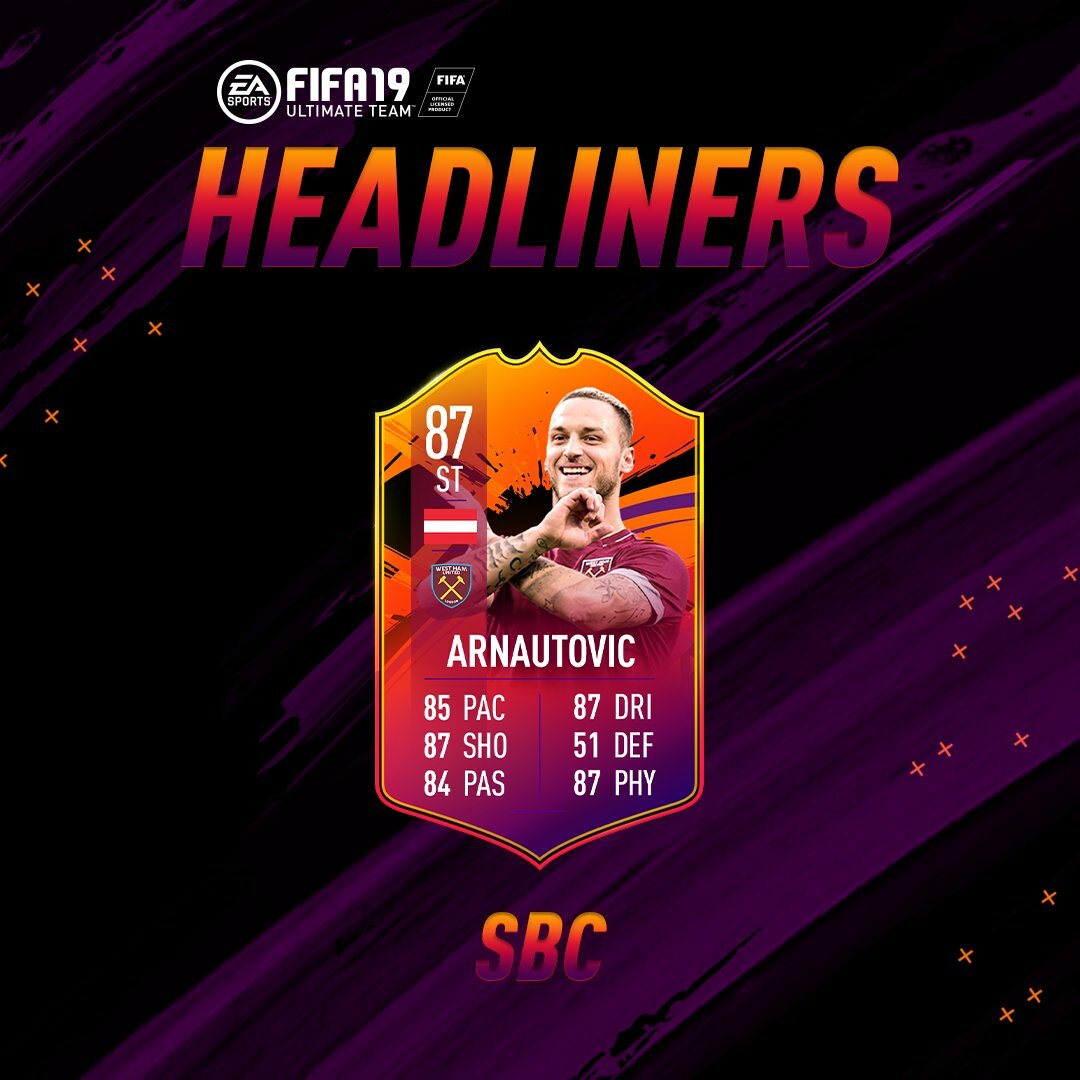 How to Complete Marko Arnautovic SBC in IFA 19 FUT Headliners

FUT Headliners, the new FIFA 19 promo event has just been released and it follows some of this season’s best performing players. While you can get most of the players from packs, some can be gained elsewhere. Here’s everything you need to know about how to complete the FUT Headliners Marko Arnautovic SBC in FIFA 19.

The SBC is split into two squads, one being 85-rated, the other being 83-rated. Therefore, you can expect to spend in the region of 150k coins for this card. Here’s how to complete each part.

This is the trickier of the two SBCs, due to the 85-rated squad required. That being said, you’re pretty free to choose whichever league you like.

The best thing is to choose a league with some high-rated players (Bundesliga, Serie A, or La Liga) and build the front six and one of the full backs from that league, getting a strong link between the full-back you opt for and one of the wingers.

Then, you can fill in the rest of the players with your two West Ham players (the base versions of Arnautovic himself and Felipe Anderson would be your best choices) and then choose two more players from the Premier League if they’re cheap enough, or two players from another league who get chemistry links to other players you’ve used elsewhere.

That should allow you to get 80 chemistry and meet the other requirements.

This SBC is pretty simple. Since you only need two Premier League players and 75 chemistry, you can avoid that league elsewhere. For the rest of the squad, opt for a league like the Liga Nos, using players like Bas Dost, Pepe, Pizzi, Jonas, Felipe and others to fill out the positions.

Doing so will meet all the requirements without any issue, just don’t forget your in-form. The chemistry rating is low enough that it shouldn’t matter if you get links between him and any other players. You should be able to get away with it being any player.

That’s everything you need to know about how to complete complete FUT Headliners Marko Arnautovic SBC in FIFA 19. For more tips and tricks on the game, be sure to check out our FIFA 19 wiki guide.