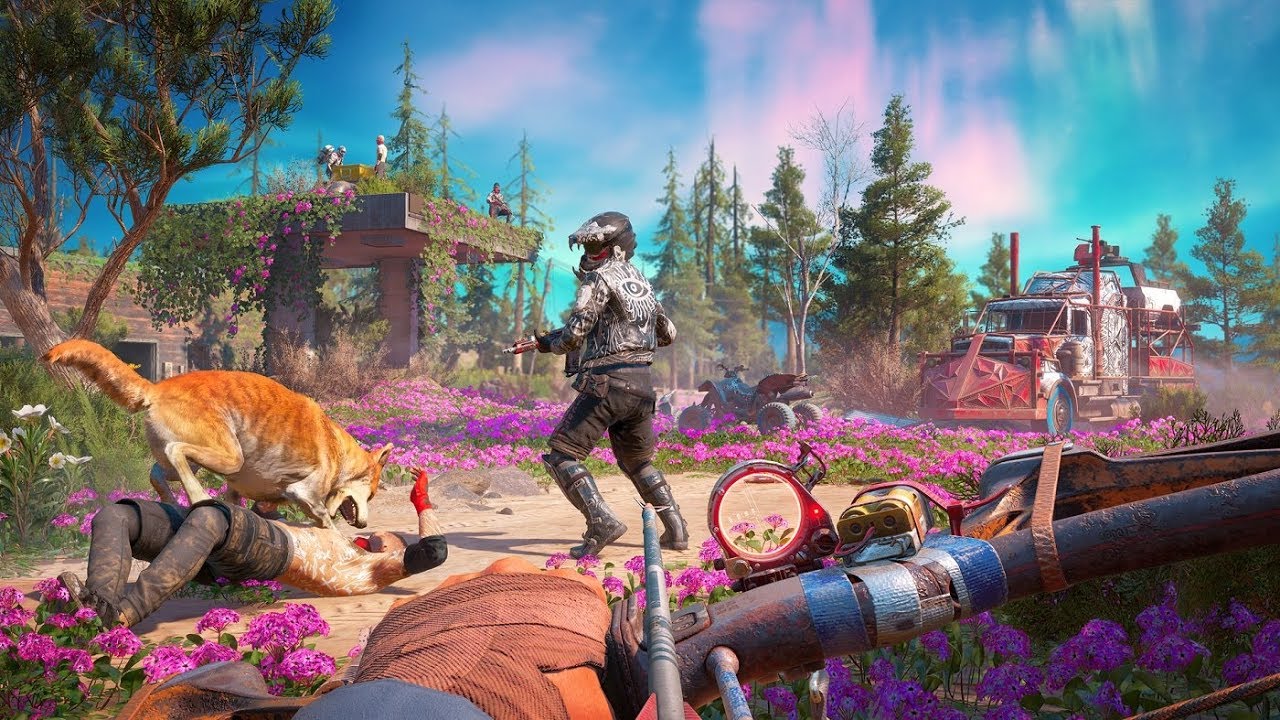 Do You Need to Play Far Cry 5? Answered

Surprising many last year when it was announced, Far Cry New Dawn directly follows the events of Far Cry 5. There are plenty of players wondering the same thing before they buy/try: do you need to play Far Cry 5 to understand what is going on? We played it, and can offer up a bit of guidance on that front.

Keep in mind we’re going to talk about the events of Far Cry 5 a bit, so if you did want to play that 100% spoiler free, here’s your warning. However, we’re not going to discuss anything that hasn’t already been revealed via marketing & promotion for Far Cry New Dawn.

Generally, the Far Cry franchise creates new worlds and characters for each of its subsequent series akin to something like Final Fantasy, however, Far Cry New Dawn takes place seventeen years after the events of Far Cry 5.

Both 5 and New Dawn take place in Hope County Montana, but two very different versions of the same place. Far Cry 5 had you taking down a religious cult trying to spread its crazy rhetoric and opiate drug called Bliss, while New Dawn has you dealing with the fallout of a nuclear bomb.

Outside of that piece of information there you don’t need to know anything else that went on in Far Cry 5. Most of the story outside of one main character (which we’ll get to in a second) doesn’t come into play in this game. Most of the callbacks to Far Cry 5 are more easter eggs for fans rather than essential plot points. Anything else crucial to understanding what’s going on in New Dawn is explained to you through the narrative to make sure everyone is caught up to speed.

There is one character that you will hear from again though, and as you probably guessed it is Joseph Seed. The leader of that fanatic cult that terrorized Hope County all those years ago. This time he takes a back seat to the action as there is a new villain in Hope County. He still plays a vital role in explaining how things ended up the way they did, which will catch newer players up to speed.

So, do you need to play Far Cry 5 to understand New Dawn? No, but those who have may people able to point out some fun and exciting easter eggs along the way.