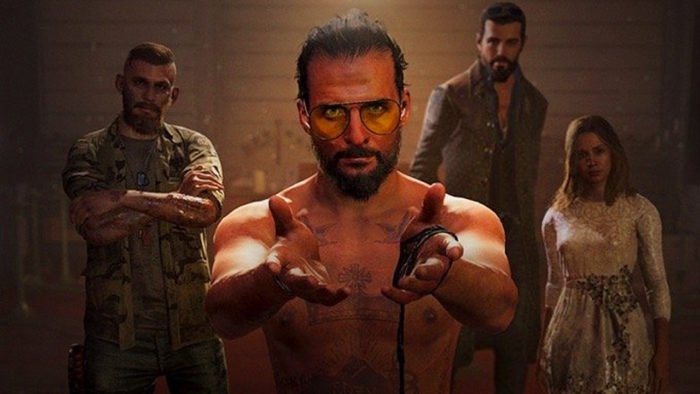 While Far Cry 5 ended with quite a surprising twist of events, which left many fans confused and speculative, it seemed to have ended definitively.

It wasn’t until the the Far Cry New Dawn trailer released during the 2018 Game Awards that fans realized there is more to the story of the Father and New Eden.

SPOILERS FOR FAR CRY 5 AHEAD, DO NOT CONTINUE IF YOU’RE STILL PLANNING ON PLAYING FAR CRY 5. You have been warned!

During the Game Awards trailer, we learned that we were getting a sequel to Far Cry 5 that would see players return to Montana.

No matter what choice you made at the end of Far Cry 5, you were met with a nuclear fallout that seemingly brought Hope County, and the rest of America, to an end. It’s safe to say that nobody expected to be back in Hope County less than a year later.

The trailer, which you can view below, was fun and exciting, but when it ends with a flash of the Father, Joseph Seed himself, fans of the previous entry went into a flurry of speculation.

Is the Father still alive? He did make it to a bunker after all. Is he a ghost? Is he really in Far Cry New Dawn?

After playing nearly three hours of the game at a recent preview event, we can confirm that the Father is definitely in the game.

After discovering he was in the game, we spoke with the creative director of Far Cry New Dawn, Jean-Sebastien Decant, to talk about what this means for the game’s narrative.

According to Decant, New Dawn’s story will conclude not only the new storyline featuring the Highwaymen and the Twins, but the story of New Eden and the Father that began in Far Cry 5.

“[In New Dawn], we changed the way we approached the ending,” Decant said. “The ending — imagine these two games are standalone, but also function as a unit. We’re going to conclude this story and if you had any frustration with the Father, or with anything, [this ending] will be a way to deal with that.”

The voice actor for the Father, Greg Bryk, is just as excited to be back in the role as fans are to see him there.

“I loved creating the Father in Far Cry 5 with the team,” Bryk said. “You know, he’s a great character. He’s very complicated and obviously tortured in a lot of ways, but it made sense and players really responded to the character.”

“So when they approached me with the idea of revisiting the Father 17 years later in New Dawn, it was very exciting,” Bryk continued. “It would be an exciting challenge, because sometimes as an actor, you’ll be on a TV show, you play a character from season to season, and there’s a little arc, but to leave a character at a point where they’re absolutely broken, like the shattered embers of what was their personality, and then find them 17 years later, what we can create, what beauty can be created from that pain, I think, was really interesting.”

Recreating this character was not only interesting for Bryk, but challenging as well.

“I think heartbreak is very interesting and I think doubt is very interesting,” Bryk said. “There’s nothing more dangerous than someone that’s certain they’re right, but I also think that there are few things as inspiring as someone who has doubts, but has the courage to go forward anyway.”

“The father loses everything and everyone that was nearest and dearest and I love the idea that when the world is shattered, we, in life and nature, get a second chance,” Bryk said. “[The Father] gets a second chance in coming out of the bunker and creates a New Eden that renounces technology and finds elements of humanity that he thought were most second. He creates a community around those principles that I think will be very interesting for players to discover.”

We can’t say for sure that the Father is a physical being in the game — when we encountered him, he appeared to be a trippy vision more than an actual human — but we can say that New Eden is on the map and a faction that will play into the game’s narrative. To what extent, though, we won’t know until the game released on Feb. 15 for PC, PS4 and Xbox One.

If you want to know our in-depth thoughts about the game after going hands-on with it for nearly three hours, you can read about that here.

If you want to read more about the information we learned during the preview event, check out some of our other stories.