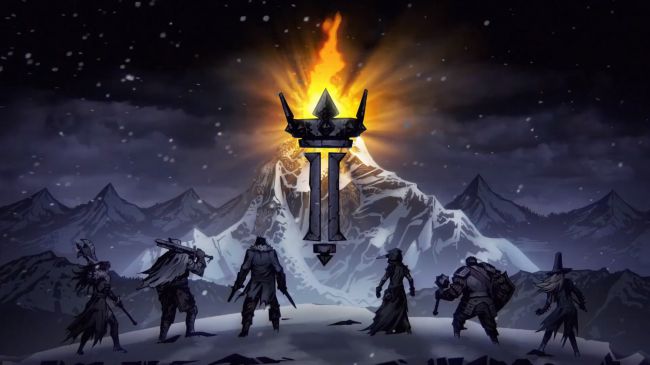 Darkest Dungeon’s captivating aesthetic and punishing roguelike gameplay was a standout in 2016, and it’s arguably among the best RPGs of the past few years. Following successful launches on every major platform since and a quality DLC expansion, developer Red Hook Studios has announced the development of a sequel title with a teaser trailer.

From what we’ve seen and heard, the art-style, gameplay, and story remains closely linked to the first game. Familiar character classes are seen standing before a mountain range in the trailer, and, yes, the awesome baritone of voice actor Wayne June adds an eerie narration to proceedings, which is bound to make everyone very happy.

Unsurprisingly, Red Hook isn’t ready to share too much at this early stage; we’re only given little tidbits of information as to what we can expect from Darkest Dungeon II. But there are a few interesting takeaways from a recent interview with PCGamer.

Asked about the nature of the game’s combat system, Tyler Sigman and Chris Bourassa from Red Hook Studios said:

“Our combat system is making a return, but we’re giving it a significant tune-up—mechanically, and in terms of presentation. Most significantly, however, we are working with a completely different metagame structure.”

Elsewhere, the location of the sequel seems likely to take place outside of the corrupted estate of the first game.

“In Darkest Dungeon II, we’re giving players a glimpse of the supernatural apocalypse twisting and distorting the world beyond the estate… and that’s all we’re going to say about that for now.”

Red Hook also spoke of an increased number of staff at the studio, allowing the team to be more ambitious in design scope this time around, as well as potentially launching the sequel as an Early Access title similar to the launch of the first game.

You can check out the teaser trailer for Darkest Dungeon II below: