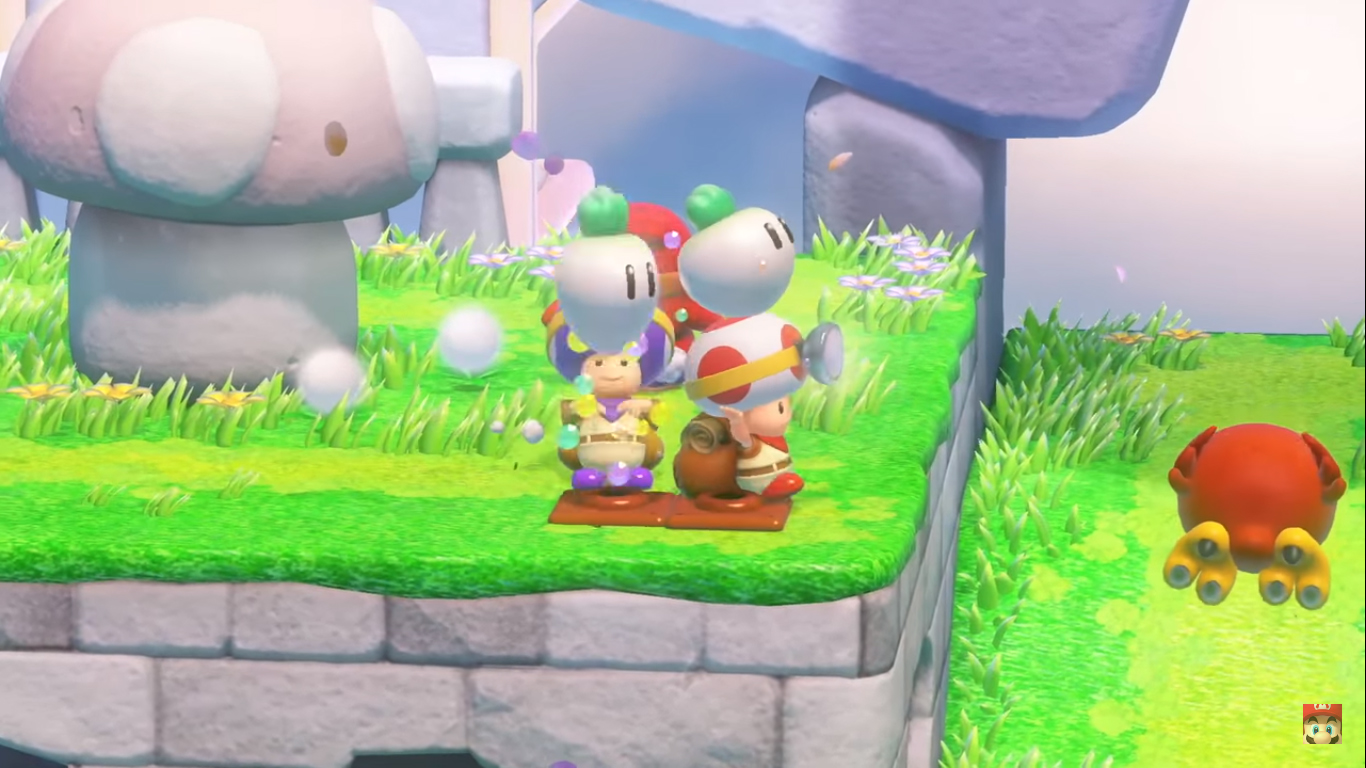 Nintendo launched Captain Toad: Treasure Tracker originally on the Wii U back in 2014, but it really got a chance to shine once it was ported over to the Switch last year. In today’s’ Nintendo Direct, it was revealed the game would receive two new updates, one free and one paid.

Remedying the fact that the port didn’t bring any new content to the game, we’re finally seeing our favorite fungal explorer strut his stuff once more in these updates, that will only support the Switch version of the title.

The first free update introduces a new co-op mode that allows you and your closest Toady pal to explore the bite-sized, puzzle-laden dioramas of the game together.

Each and every course can now be tackled cooperatively, after all, two giant shroom heads are better than one. This new update will be available a little later today.

The second update marks the introduction of paid DLC for Captain Toad, which offers 18 new challenges across five new worlds that covers everything from pirate ships to candy-coated kingdoms ripe for the plundering.

Old courses will also feature new objectives, asking more from you in your quest to explore every nook and cranny across the Mushroom Kingdom.

Entitled Captain Toad Special Episode, you can play the new challenges alone or with a friend as Toadette, hunting for the glimmering crown nestled deep in each of the game’s levels. The first of these DLC capers will be available later on today, with the rest of the episodes launching March, 14. 2019.

For newcomers to Captain Toad: Treasure Tracker, digital bundles will be available containing the full title alongside the new paid DLC later today. You can view the trailer from today’s Nintendo Direct below.