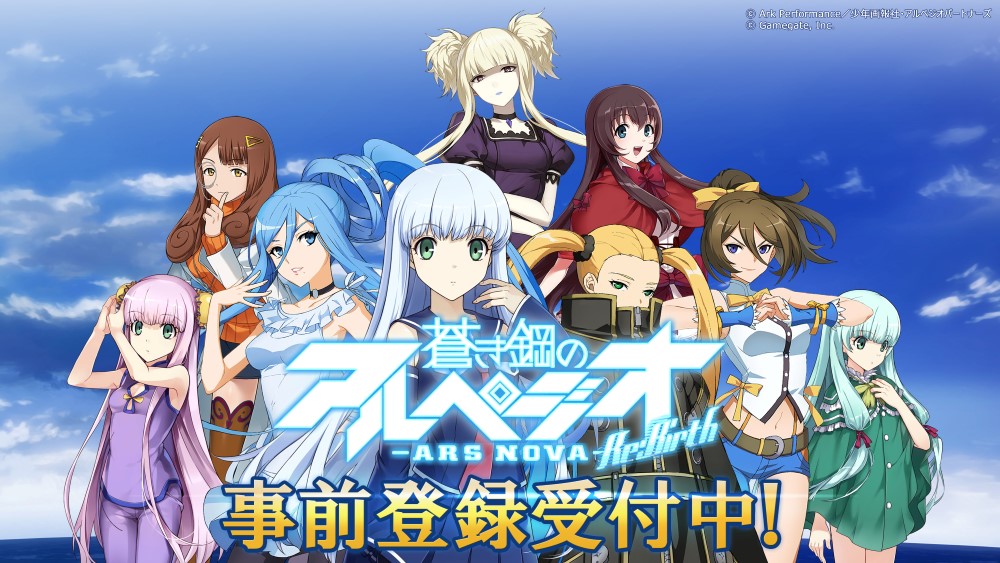 The game is based on the Arpeggio of Blue Steel – Ars Nova-  anime, and like most games based on properties with a sizable number of waifus, it’s a mobile title for iOS and Android. It will be released in Japan in the spring with pre-registrations already open.

Arpeggio of Blue Steel – Ars Nova- Re:Birth is defined as a “Battleship Simulation RPG” and the gameplay is in full 3D, allowing players to build up their own fleet to fight against enemies on the sea.

There is plenty of tactical action on the menu, including boss battles, and the inevitable giant wardrobe of costumes for the mental models (IE: the humanoid form of the ships).  Members of the original voice cast are also coming back to reprise their roles.

If you’re not familiar with Arpeggio of Blue Steel – Ars Nova-, it’s an anime TV series aired in 2013, spawned from the manga by Ark Performance that is still being serialized in Japan on Young King OURs since its debut in 2009. Like most others in the neverending crowd of anime mixing vehicles and waifus, it’s rather popular in the archipelago of the rising sun.

It actually never got a game before (to my knowledge), besides a collaboration with Wargaming’s World of Warships.