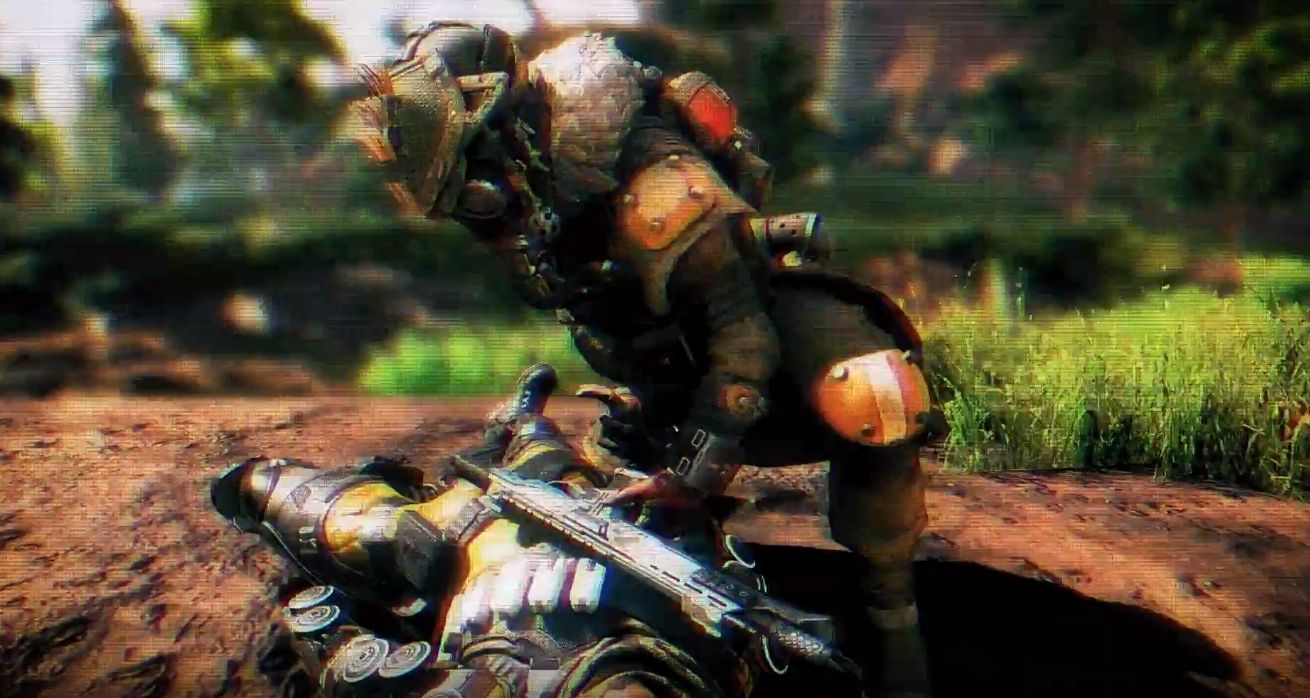 They’re doing so in a rather interesting way, with a lush environment just gently animated by wind and natural motion populating the livestream for the next three hours and a half.

You can see what that looks like in the video below.

That being said, the beautiful natural scene isn’t all we get. Once in a while warriors will briefly appear on the screen killing each other just for a few seconds, as you can see in the quick snapshot below.

At the moment, there certainly appear to be no trace of titans, even if the game does seem to share a certain visual identity with the Titanfall franchise.

The full reveal will actually happen at noon Pacific time. Hopefully, at that time Respawn will stop teasing and start delivering.

That being said what we have seen so far is impressive. Hopefully, today’s full reveal will be just as intriguing.

Update: Just as I was writing, the scene changed to the following.

Looks like those who watch the full thing until noon are going to be treated to more scenes. To that purpose, I’m embedding the livestream below.

Feel free to be mesmerized.