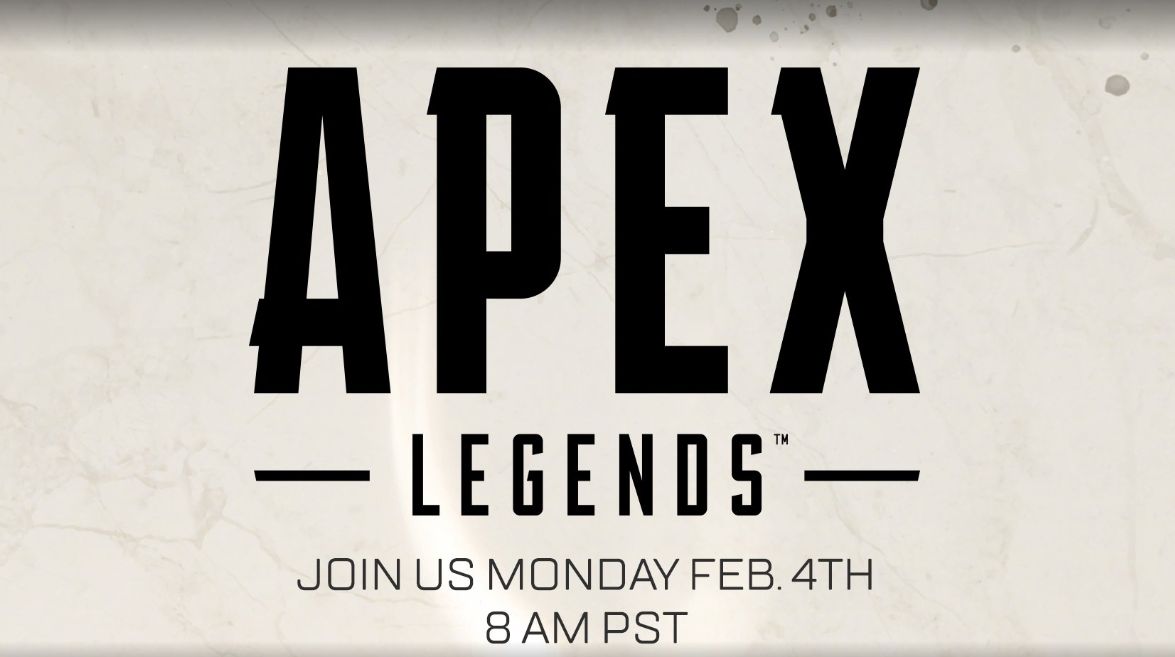 Looks like Titanfall developer Respawn Entertainment has a surprise in store for its fans. It’s titled “Apex Legends.”

According to Studio Head Vince Zampella, Apex Legends will be unveiled tomorrow, Feb. 4 at 8:00 AM PST on a newly created Twitch account named PlayApex.

So, if you like Respawn, our games or even me, you should tune in tomorrow. Our stream starts at 8am pt and we’ll tell you everything about Apex Legends. Everything. https://t.co/P0Svi1h5VS

While Zampella did not provide further information, The Game Awards host Geoff Keighley, who has extensive contacts at the studio, did mention that it’s a battle royale game.

Of course, we should take this information with a grain of salt until the reveal, but considering Respawn’s pedigree, a battle royale game would only make perfect sense for the studio.

It’s been over two years since the release of Titanfall 2 (of which you can read our review), and times are mature for something new to come from Respawn.

We’ll let you know all we learn as soon as the livestream goes live. That being said, if it doesn’t have titans, I’ll riot.