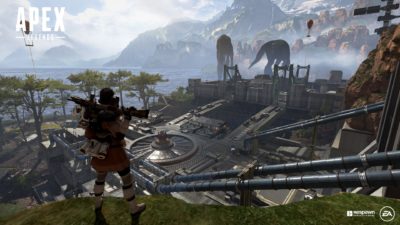 Is There Crossplay in Apex Legends? Answered

From launch, which is Feb. 4, you are not able to play crossplay in Apex Legends. Therefore, whether you download it on PS4, Xbox One, or PC, you will not be able to play with friends on one of the other platforms.

Speaking to VG247, Respawn confirmed that it would not be a feature at launch, but that it was certainly a possibility for the future.

Respawn’s design director Mackey McCandlish said, “Cross-play is definitely an opportunity; it’s not something at launch,” before going on to say, “It’s definitely something we’re aware of and interested in. I can’t speak to whether or not we’ve had specific conversations. Right now it’s just like: ‘Let’s launch the game’.”

Therefore, you can be pretty hopeful that crossplay will come to the game sometime in the near future. When that will be, we do not know, but we will be sure to update you here once we do.

Since other hit battle royale titles, including Fortnite and Realm Royale, feature crossplay, it would be a surprise if it remained absent from Apex Legends.

That’s everything you need to know about if there is crossplay in Apex Legends. For more tips and tricks on the game, be sure to search for Twinfinite.

Question: Is there crossplay in Apex Legends.

Answer: Currently, Respawn’s game does not feature crossplay. However, they are aware of it and say that it is “definitely an opportunity,” so hopefully it’ll be soon.