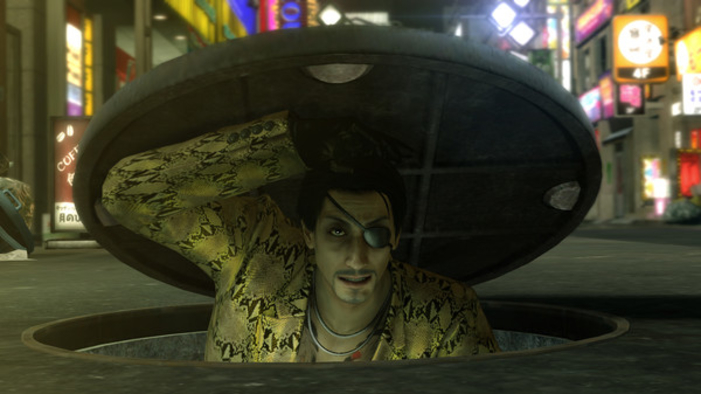 Thanks to a Meta Council forum user by the name of prudis, it turns out that Yakuza Kiwami will be coming to Steam on Feb 19 (thanks Wario64).

On the Steam page for the action-adventure game, Sega posted a gif of the eccentric rival from Yakuza Kiwami, Majima. If you pause the gif at the last second, you can catch a glimpse of the date on the bottom of the manhole cover with Majima creepily looking out from underneath like the weirdo that he is.

We already knew that Yakuza Kiwami would eventually be coming to PC, but thanks to this little tease by SEGA themselves, we only have to wait a mere four weeks until we can get our hands on this one.

Here’s a quick synopsis of the premise of Yakuza Kiwami in case you have no idea what this game is all about:

“1995, Kamurocho… Kazuma Kiryu, the Dragon of Dojima, takes the fall for the murder of a crime boss to protect his sworn brother, Akira Nishikiyama, and his childhood friend, Yumi.

2005… Akira Nishikiyama has become a changed man. Yumi is nowhere to be found. Ten billion yen has gone missing from the Tojo Clan’s coffers, putting the organization on the brink of civil war. And Kazuma Kiryu is released from prison to a world he no longer recognizes.

With enhanced gameplay, an expanded cinematic story, the return of the battle styles from Yakuza 0, more nightlife spots, and re-recorded audio by the series cast, Yakuza Kiwami is the ultimate and most “extreme” version of the original vision of the series, now optimised for PC with 4K resolutions, uncapped framerates, customisable controls and ultra-widescreen support.”

Yakuza Kiwami is currently available on PS4 with the Steam release coming on Feb 19; to find out why this game is worth playing, be sure to read our review right here.
Comments
Continue Reading
Related Topics:Action, february, japanese, majima, PC, Release Date, sega, steam, windows, Yakuza: Kiwami