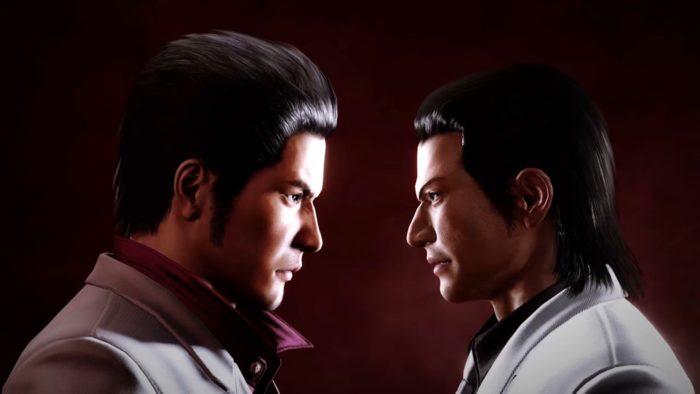 Over the years, the Yakuza series has developed into one of the quirkiest, most action-packed experiences in gaming. It’s seen numerous overhauls and changes since the release of the original game in 2006, and now things come full circle with the release of Yakuza Kiwami, a detailed and meaningful remake of that very first game that shows the progress of the series. In fact, Kiwami feels like an extension of the previous game, the prequel Yakuza Zero, more than anything. However, it’s a remake well worth diving into for fans both new and old.

The heart of the original game is still at the center of Kiwami, as the remake mostly applies some polish and designs from the last few entries. For the most part, the story remains largely the same, except with beautifully remastered graphics. The same beats and characters are still here, with you following Kazuma Kiryu after he’s exiled from the Yakuza, and seeks to find out why his sworn brother Nishikiyama has gone through a drastic change. There’s plenty of drama and surprises just as you’d expect from a Yakuza game, except this time there’s quite a few added cutscenes and moments. This mostly focuses on tying Kiwami to the recently released Yakuza Zero, by featuring new cutscenes that help flesh out the story and characters. Although events move fairly quickly, the writing in Kiwami is still strong, both in the main story and in the many subevents.

Going into Kiwami from Zero is highly recommended as you’ll be instantly familiar with the characters, Kiryu’s sworn brother Nishiki in particular. The remake does a much better job at explaining the character’s motivations, over the sparse information the original provided. There’s a handful of other scenes and dialogue pieces that add a couple more hours onto the game as well. Kiwami also runs on the same engine as Yakuza Zero, meaning it holds more than just story similarities, but visual and aesthetic ones too.

It’s really fascinating to see more on how these events with Nishiki played out, providing a beneficial story reason for old fans to jump back in, and a direct tie to Yakuza Zero for anyone that just jumped on board with the series. At the same time, Kiwami feels more cinematic than the original game, which already did a pretty good job in that department. The one downside to all of this, though, is that the game takes quite a while to open up. You’ll need to play for a fair few hours before Kamurocho really opens up to you, and you get access to the various side activities and subevents. Of course, this is how the original played out too, but the opening act can drag a bit before the action picks up.

Where bigger changes come, however, is with the gameplay. The battle system from Zero has been brought over, allowing Kiryu to swap between four different battles styles on the fly – Brawler, Beast, Rush, and Dragon. It’s essentially the same system from the previous game, but with a few updates. There are new heat actions to use, including the powerful “Kiwami” moves that can be activated when a boss meets a certain condition. The best change, however, comes with the new system for learning skills.

Whereas Yakuza Zero made you use cash to pay for new abilities, Kiwami rewards you with experience points for nearly everything in the game. Completing subevents, beating enemies in battle, eating food, and playing the story all reward you with experience, which you can then use to purchase new skills. It’s a much more welcoming system than in Zero, allowing for a better flow of skills and progression, while making everything you do in the game feel even more worthwhile.

While the three basic fighting styles will feel natural to anyone coming from the last game, the Dragon style is a bit different this time around, both in execution and how you level it up. This leads to Kiwami’s most talked about feature, “Majima Everywhere.” This new system pits Kiryu against the wild and eccentric Goro Majima, who follows him around the city, starting fights in the wildest of ways. This could mean he poses as a police officer and stops you, or hides in a giant traffic cone, or even disguises himself as a cabaret girl. Fighting Majima fills a gauge, and almost all of the unlock requirements for the Dragon style involve fighting him.

Majima poses a serious challenge as you level up Majima Everywhere, and it’s great fun to see what crazy stunt he’ll come up with next, especially as the stoic Kiryu is clearly over dealing with him. Besides that, however, the new system provides a little more insight on the most fascinating relationship of the series, seeing the almost friendly rivalry that develops between Kiryu and Majima, with some fun nods to Zero as well.

For that reason, it’s in your best interest to hunt down Majima when you can, as it provides you with fun scenes and valuable new skills. There’s plenty of new content to take on with Majima Everywhere, but it doesn’t feel like fluff, and serves as a meaningful addition to the game.

Besides Majima Everywhere, most of the minigames and subevents from the original game make a return. There are some new ones to partake in too, like the Pocket Circuit Racer from Zero, or the brand new, and predictably absurd, MesuKing: Battle Bug Beauties.

There’s so much to do in Yakuza Kiwami, that at times it can easily keep you away from the main story for hours. Of course, part of the appeal of the Yakuza games is having a virtual Japan to run around in, and like other entries in the series, Kiwami pulls that off greatly. The amount of running around you do in the game, however, can certainly draw things out a little longer than you’d like, even though there are ways to get around quicker. At the same time, the sheer amount of enemies that want to fight you on the street randomly can get very tiring, as you’re constantly either stopping to fight or run away from groups of thugs.

Presentation-wise, Kiwami looks and feels every bit as good as Zero. The visual overhaul is truly astounding when you compare the game to the original, especially considering the original had a locked camera instead of free control. An updated soundtrack helps the game fall more in line with the style of later entries as well, when the series really found its identity.

As a remake, Yakuza Kiwami succeeds on nearly every level. The visual upgrade does wonders for the presentation and overall feel, while the gameplay overhaul makes the game much more streamlined and accessible to any new fans that Zero might have grabbed. There’s a ton of content to dive into, with the main story feeling more fleshed out and emotionally impactful, while new additions like Majima Everywhere add on even more of the series’ trademark quirkiness.

Kiwami holds a ton of appeal for anyone coming hot off of Yakuza Zero, but there’s ample reason for longtime fans to jump in, and it’s even a fine starting point for new players as well. Despite the slow starting hours, once Kiwami and Kazuma Kiryu grab hold of your attention, they don’t easily let go.