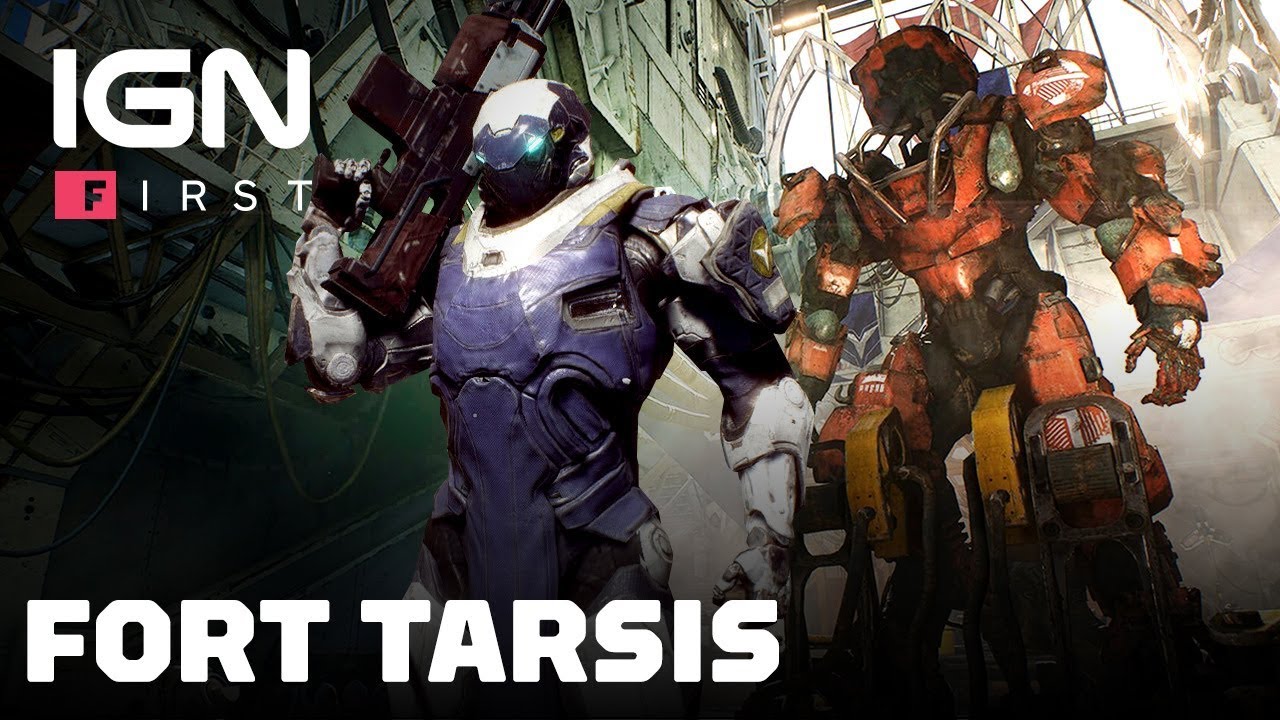 As part of IGN’s continued coverage of Anthem in the build-up to the game’s launch next month, BioWare is showcasing various gameplay footage. Today, we got a better feel for the story and characters that flesh-out Anthem’s single-player narrative.

Specifically, the latest video gives us a tour of Fort Tarsis, the main base of operations for the freelancers of Anthem’s world. You’ll likely remember the marketplace, which was the starting point for the E3 2017 reveal of the game.

In the marketplace, players have the ability to interact and form relationships with various characters, choosing between a limited selection of dialogue choices that supposedly shape the strength of friendship bonds.

We’re introduced to Zo, the mechanic, Prospero, the resident technician that upgrades Javelins, and Commander Vol

There’s also a glimpse of how Fort Tarsis evolves in its appearance and mood throughout the main story. The gameplay demonstration zooms forward in time, highlighting issues such as flooding, and new pathways to previously blocked-off areas.

Anthem certainly does look as though it’s set to place a greater emphasis on story and lore then other shared-world shooters on the market right now. What is less clear, though, is quite how much depth and complexity we can actually expect to be woven in.

The quality of writing and general caliber of the quests being offered by the characters we encounter the above video looked a little bland if I’m being honest; and although codex’s and scripts are cool, Anthem’s story needs to compel us to read them in the first place.

Let’s hope Anthem ends up as something unique and different beyond just the visual appeal of its flying iron-clad combatants.

You can read more about my hopes for Anthem’s story as I break down the impact of that awesome live-orchestral performance at The Game Awards 2018.