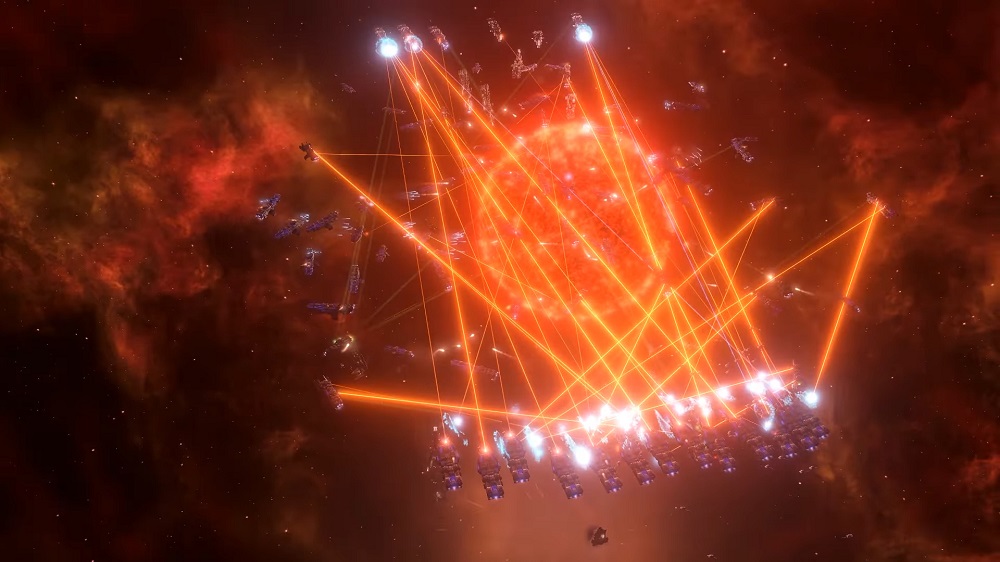 Players can choose between two available editions of the sci-fi grand strategy title. The Standard Edition is priced at $39.99 and includes the base game, while $59.99 will get you Stellaris: Console Edition Deluxe, which includes the base game alongside the Plantoids Species Pack, Leviathans Story Pack and the Utopia expansion, set to release in the months following the game’s launch.

Although not the first Paradox-published title to make it to console, Stellaris: Console Edition marks the first time a Paradox grand strategy game arrives on Xbox One and PS4. It will carry over its complex, yet accessible gameplay, which places players at the helm of a space empire whose survival and success they must ensure.

Not only will you have to manage scientific discoveries, economy and development, but you’ll also have to build and customize ships for when war comes knocking. You’re not alone in the galaxy and, as you, or other factions, explore, you’ll inevitably come into contact. The other factions’ reactions towards you, and each other, vary depending on alignment and philosophy.

Although Stellaris: Console Edition won’t launch with all the content that its PC counterpart has received since its 2016 release, chances are it’ll offer plenty to delve into for those waiting for a grand strategy title on console, as well as roleplaying potential.

Watch the pre-order trailer below to get an overview of what Stellaris: Console Edition has to offer when it launches on Xbox One and PS4 on Feb. 26.