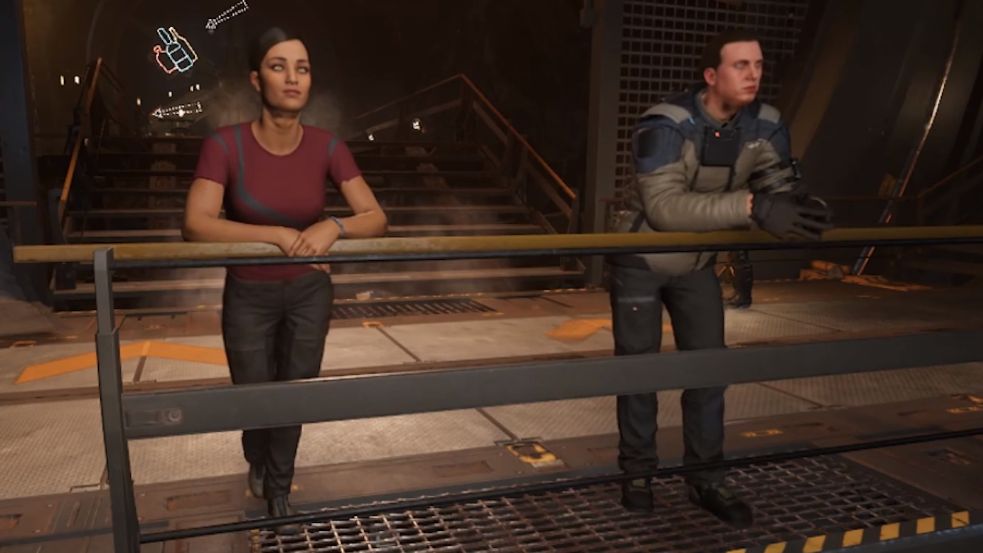 In the video, we get to take a look at two elements that are going to be implemented in the upcoming update alpha 3.5, which should come around March.

First of all, we learn that gravlev vehicles (commonly defined hoverbikes) have gone through a rather radical overhaul with the new flight model. The new design is supposed to be a bit more challenging to drive, but also to include more depth on how you can enjoy your hoverbike.

Another hot topic is the work being done to retarget all the animations in the game for the upcoming female characters. Developers have opted to give ladies a different skeleton to avoid them appearing masculine.

While this has evident advantages in terms of aesthetics, it means that all animations need to be retargeted, and in the video, you can see how it’s being done and the results of the process.

We also learn that the game’s crowdfunding campaign has passed another milestone, and it’s now over 215 million dollars. To be precise, the budget is at $215,014,239 provided by backers, with 2,227,838 registered users.

For the sake of full disclosure, do keep in mind that the author of this article is one of those backers.

If you want some personal insight on why so many support the game with so much of their hard-earned money, you can check out my extensive article on the topic and see some raw gameplay and screenshots. You can also check out a recent video showing the procedural tools that are being used for the game.

We also recently learned that the single-player campaign Squadron 42 will enter beta in Q2 2020.