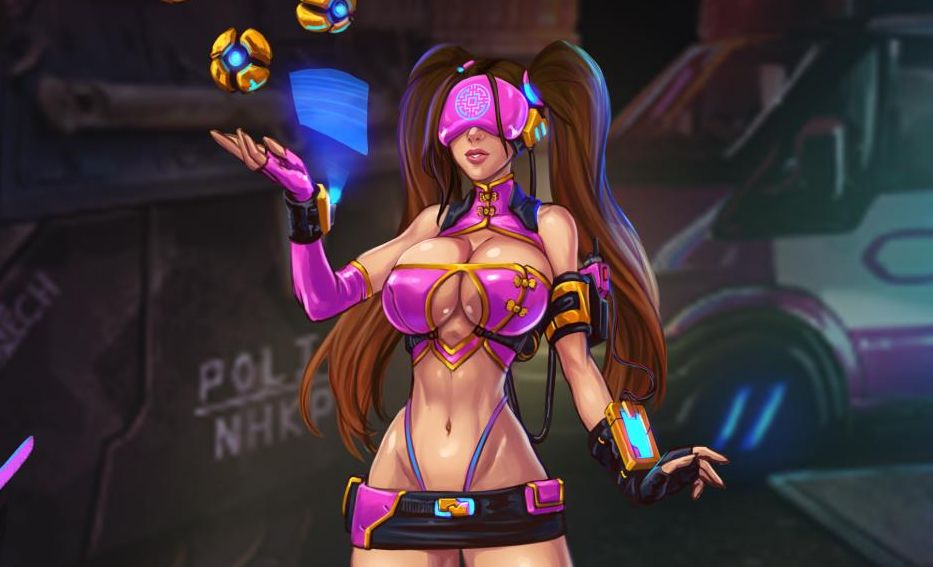 First of all, we get to take a look at the official logo of the game, which is intended to be authentically Cantonese (the game is set in “Neo-Hong Kong”) and a faithful representation of the game “thematically and visually.”

Basically, she’s the perfect guest to appear in a Cyberpunk game set in China, or anywhere really. You can see the character inspired by her in the gallery at the bottom of the post alongside the new logo.

On top of this, Sense’s backers will “very soon” receive first of the builds of the game promised by the Kickstarter campaign. Below you can read what backers and non-backers can expect to be able to play from here to release.

– This first build will include the 2.0 demo content completely adjusted to the final game’s logic and chains, and will also include a new segment of gameplay made to show a new gameplay mechanic we’d like your feedback on. We’ll label this build Demo 3.0.

– Demo 3.0 will also be made available to the public after the backers (we’re open to suggestions on the exclusivity period, and what you backers think is most fair to you, so please feel free to comment below!) We intend to use this new demo to reassure non-backers of the quality and build interest for new potential customers.

– Each build after this will be a short segment of gameplay meant to showcase a mechanic/puzzle/ or event we’re testing out for polish and quality. This is where our forums will hopefully become more active and useful.

We also hear that the developer’s production toolkit is nearly complete. Once it is, the many art assets that have been created over the past few months will be implemented into the game providing a “huge gust of wind” in the game’s sails.

If you’re unfamiliar with Sense – 不祥的预感: A Cyberpunk Ghost Story, it’s a 2.5D adventure game mixing cyberpunk, horror, Chinese traditions, and folklore. The developers at Suzaku “happily embraces eroticism and fan-service” in its art and character designs” and have mentioned Ghost in the Shell creator Masamune Shirow and Dead or Alive character designer Chifumi Suzuki as their sources of inspiration.

Sense has an estimated release window of May 2019 for PC, Mac, Nintendo Switch, PS4, and PS Vita. Speaking of PS4 and PS Vita, Creator Benjamin Widdowson recently provided a statement on Sony’s recently-implemented censorship policies, letting backers know what they can expect.