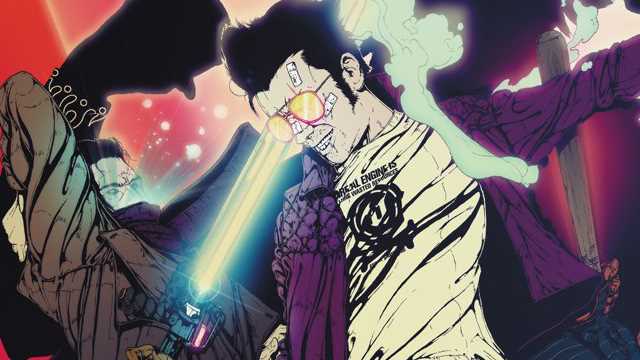 Grasshopper Manufacture has announced that update 1.0.1 for the action title, Travis Strikes Again: No More Heroes, has been released today. The update in mention adds in a new game plus mode that allows you to carry over all skills and character levels to a new game once you clear the main game once.

Update 1.0.1 also cleans up a few bugs to make the gameplay as smooth as possible and also, for those that have killed all of the bosses on Spicy mode, new bonus t-shirts have been to Travis’ wardrobe collection.

Travis Strikes Again takes place several years after the events of No More Heroes 2. Bad Man, seeking revenge for the murder of his daughter, finds Travis secluded in a forest and the two of them end up getting sucked into a video game console. The both of them then have to go through six different indie games in order to escape by collecting all of the death balls.

Travis Strikes Again: No More Heroes is now available on the Nintendo Switch for $29.99. For only ten bucks more, you can grab yourself the season pass for the game that promises two new expansions with two new playable characters as well.

The first DLC pack will star Shinobu, a ninja featured in past No More Heroes games, and will be released on Feb 28. The second pack stars Bad Girl and will release on April 30.

For more on Travis Strikes Again: No More Heroes, you can read our review right here. Also, if you’re playing through the game at this moment, feel free to check out our expansive wiki guide that will surely help you out.