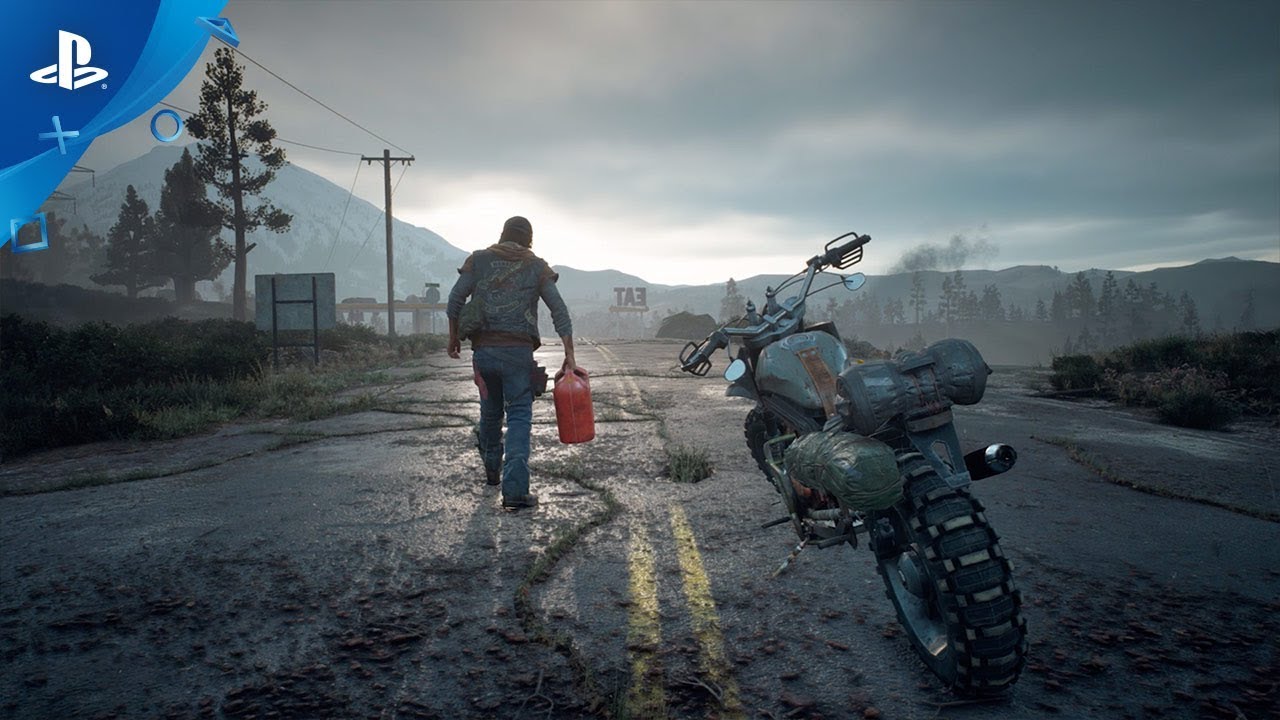 The marketing push for Days Gone is ramping up with a new trailer series, and the latest video showcase gives us a flavor of how motorcycle gameplay works within the dynamic open world.

Titled Riding the Broken Road, the narrated trailer highlights the important role that your motorcycle will play throughout the open world.

Between the Freakers, bandits, and mutated animals that roam the sandbox, you certainly don’t want to get caught without the means to a quick getaway.

But your motorcycle isn’t invulnerable; it takes damage, and it needs constant TLC. We’re shown a bunch of customization and upgrade options that make your ride more durable throughout the story, and it seems as though having a constant supply of fuel and parts is going to be crucial.

Your bike is more than just a means of traversal, too, as it’ll also carry your weapons and equipment, which can also be upgraded along the way.

Beyond the motorcycle-related gameplay, we also get a glimpse of safe houses, hideouts that Deacon can lay low in to avoid traveling in the more dangerous hours of nighttime. There’s a look at the fast-travel system, as well, which works by unlocking various roads according to whether you’ve cleared out Freaker dens and bandit camps along its path.

You can check out The Farewell Wilderness, which is the previous trailer in this new Days Gone series.