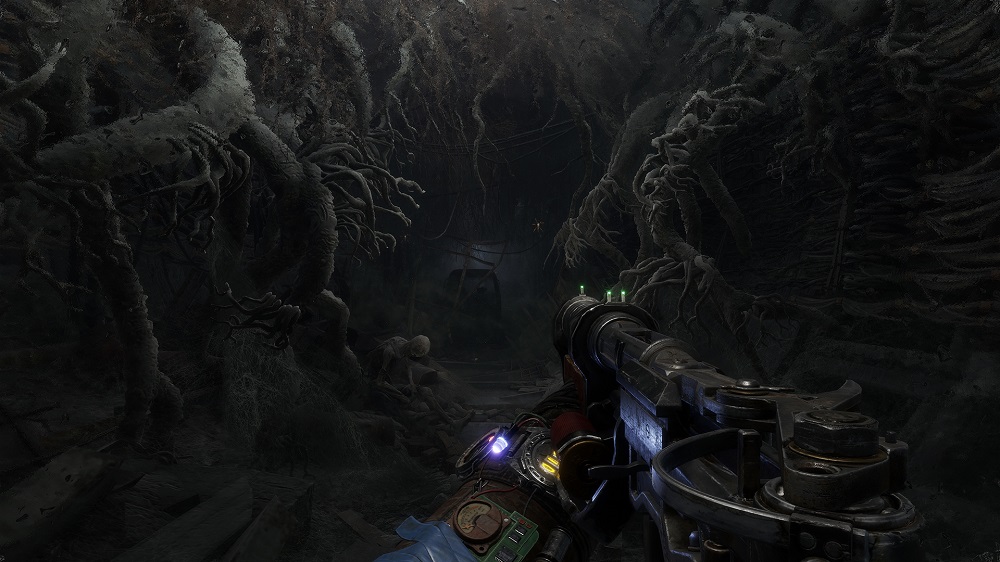 Today, Metro Exodus received a Weapons Trailer that offers a closer look at the arsenal available to Artyom as he journeys across post-apocalyptic Russia. The trailer showcases four different weapon classes fit for different purposes.

The hand-made nature of Metro Exodus’ weapons will be familiar to anyone who’s played the previous titles, but now they can also be quickly customized while out in the field, “allowing for hundreds of tactical permutations”. Furthermore, weapons now require maintenance and cleaning in order to avoid overheating and jamming.

In terms of Handguns, the revolver and automatic Bastard gun make their return, being efficient at dispatching smaller groups of enemies at close range. Add some attachments to the mix, however, and you can turn them into medium range rifles or fast firing SMGs.

The Kalash and Bulldog are featured as part of the Rifles weapon class. Accurate and powerful, they can have their parts –whether barrels, stocks or scopes–, switched around to alter their capabilities, just like the rest of the weapons in Metro Exodus.

The shotguns included in Metro Exodus’ Weapons Trailer are the Ashot and Shambler –both close range monsters–, while the Valve sniper rifle is bound to fulfill players’ long-distance needs.

Metro Exodus also brings Special Weapons to the table, like the Hellsing crossbow and Tikhar rifle, both useful when stealth is required in missions. Just as silently eliminating a target will leave others oblivious to your position, shooting out a lightbulb can offer a tactical advantage.

Although the newfound adaptability sounds a bit contrary to the scarcity that characterizes the series, the Weapons Trailer, which you’ll find below, does mention a need to conserve ammo. Furthermore, in-depth videos focusing on each weapon class will be released in the “coming weeks”.

Metro Exodus will arrive on PS4, Xbox One and PC on Feb. 15.

Wasteland 3 Gets a Peppy, Upbeat Trailer for Valentine’s Day