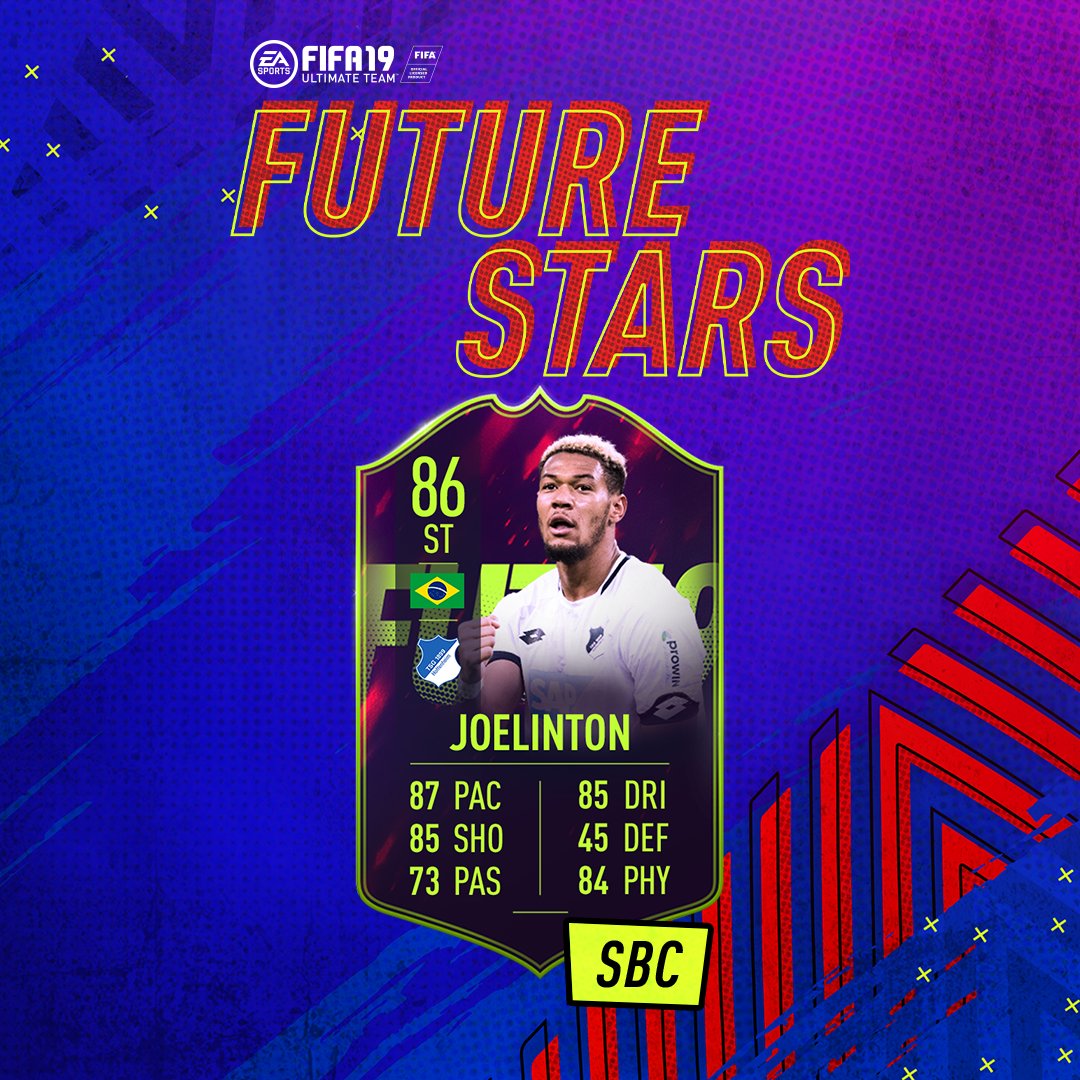 How to Complete Future Stars Joelinton SBC in FIFA 19

The week of Future Stars content is continuing in FIFA 19. Today, Jan. 22, sees the releases of two new SBCs. Here’s everything you need to know about how to complete the Future Stars Joelinton SBC in FIFA 19.

Thankfully, the Joelinton SBC is much better value than the Ndombele one that released yesterday. You should be spending no more than 45k from scratch for the whole challenge.

You shouldn’t have too many issues with this SBC. It’s a basic 84-rated squad, and the chemistry requirement is also pretty low. The only challenge you may have is in deciding what to do with the Hoffenheim player.

Baumann is the obvious choice since he’s a GK, usually cheap, and 83 rated. However, his price is likely going to spike dramatically.

You could, therefore, use the likes of Vogt or Demirbay instead. They’re only 80 rated, meaning you’ll have to boost maybe one or two of the other cards you use by a rating point, but they’ll be cheaper than Baumann. If the GK remains under 4k or so, buy him, but if he goes to 6k+, go with another player.

Then, you can fill out the rest of the squad however you’d like, really. The likes of Jonas from the Liga Nos or David Luis from the Premier League could be good for the Brazilian player since they’re highly rated, cheap, and easy to link.

Liga Nos might be a good idea for a good portion of the squad. The likes of Pizzi, Brahimi, and Felipe are high rated, cheap, and link well to each other, just don’t use more than five of them.

That’s everything you need to about how to complete the Future Stars Joelinton SBC in FIFA 19. For more tips and tricks on the game and all things Future Stars, be sure to check out our FIFA 19 Wiki Guide.