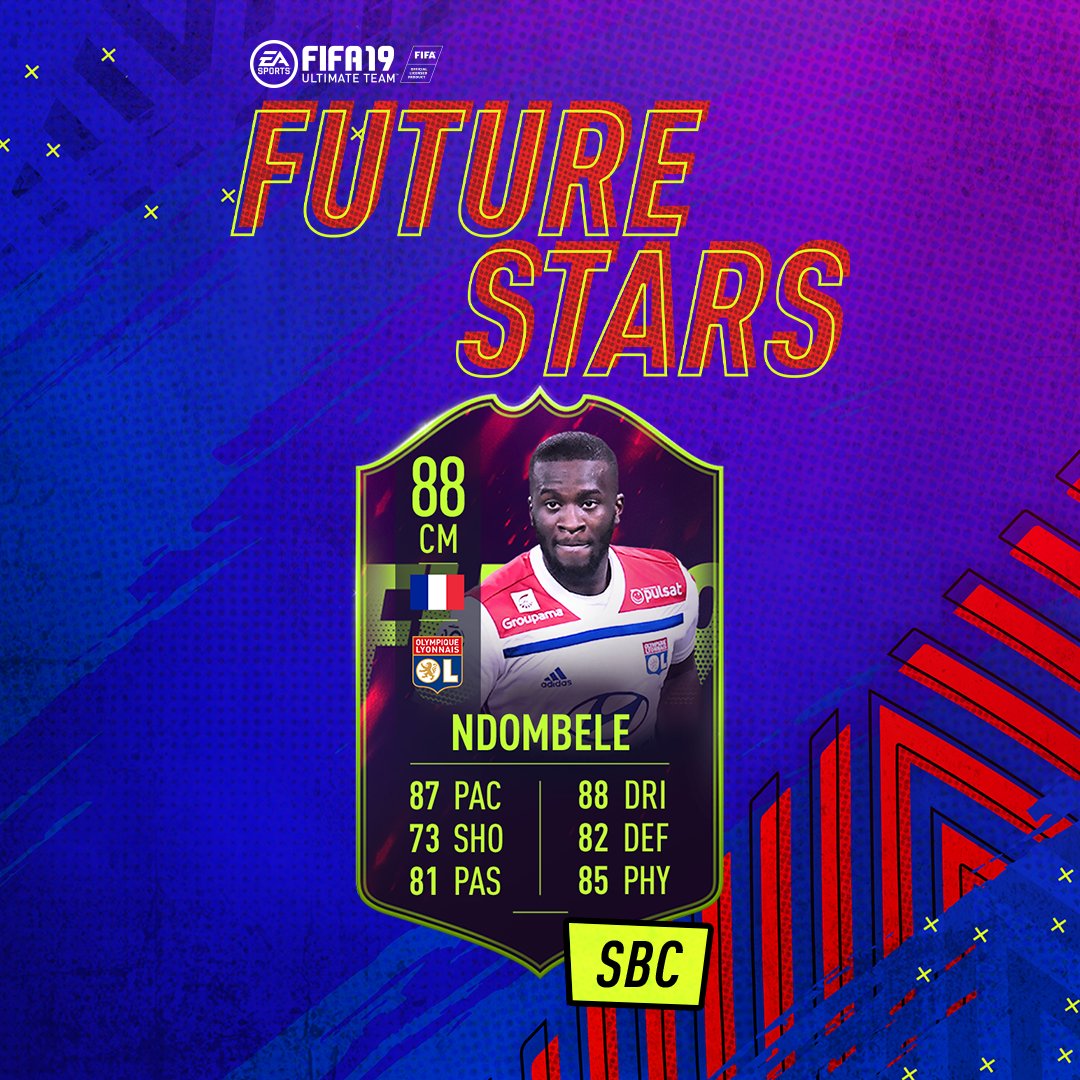 How to Complete Future Stars Ndombele SBC in FIFA 19

The week of Future Stars content is continuing in FIFA 19. Today, Jan. 21, sees the releases of two new SBCs. Here’s everything you need to know about how to complete the Future Stars Ndombele SBC in FIFA 19.

The Ndombele SBC is pretty expensive, coming in at around the 300-400k mark for the three squads that are needed. Below are the requirements for each SBC and tips on how to complete them.

Then, you can fill out the back five with any other league you like. You shouldn’t even need strong/green links, since you only need 70 chemistry.

The team and chemistry ratings are the same here, but the requirements are easier if anything. You can choose French players from any league you like.

Corentin Tolisso from the Bundesliga, or Olivier Giroud and Anthony Martial from the Premier League would work, or you could stick with the Ligue 1, using the likes of Steve Mandanda and Florian Thauvin.

You can stick to one league if you want to, but the 70 chemistry requirement means that you do not have to. Also, it would be best to avoid French players when picking your TOTW player, since they’ll probably spike in price.

For this Ndombele SBC, while the chemistry requirement is higher, the lower squad rating gives you more lee-way when it comes to picking players.

You’ll need Ligue 1 players, so the likes of Lopes from Lyon (if he’s not spiked in price due to the previous squad), Kamil Glik, Fekir again, Kevin Strootman, and Falcao again will all be good here.

You might have to get some strong links between the players from the leagues you use, but you shouldn’t have to stick to the Ligue 1. It would be best to not, anyway, maybe using players from the Liga Nos instead.

Once you’ve completed it, you will be given the 88 rated Ndombele card, a Jumbo Premium Gold Players Pack (25k pack), a Mega Pack, and a Rare Electrum Players Pack as a reward.

That’s everything you need to about how to complete the Future Stars Ndombele SBC in FIFA 19. For more tips and tricks on the game and all things Future Stars, be sure to check out our FIFA 19 Wiki Guide.