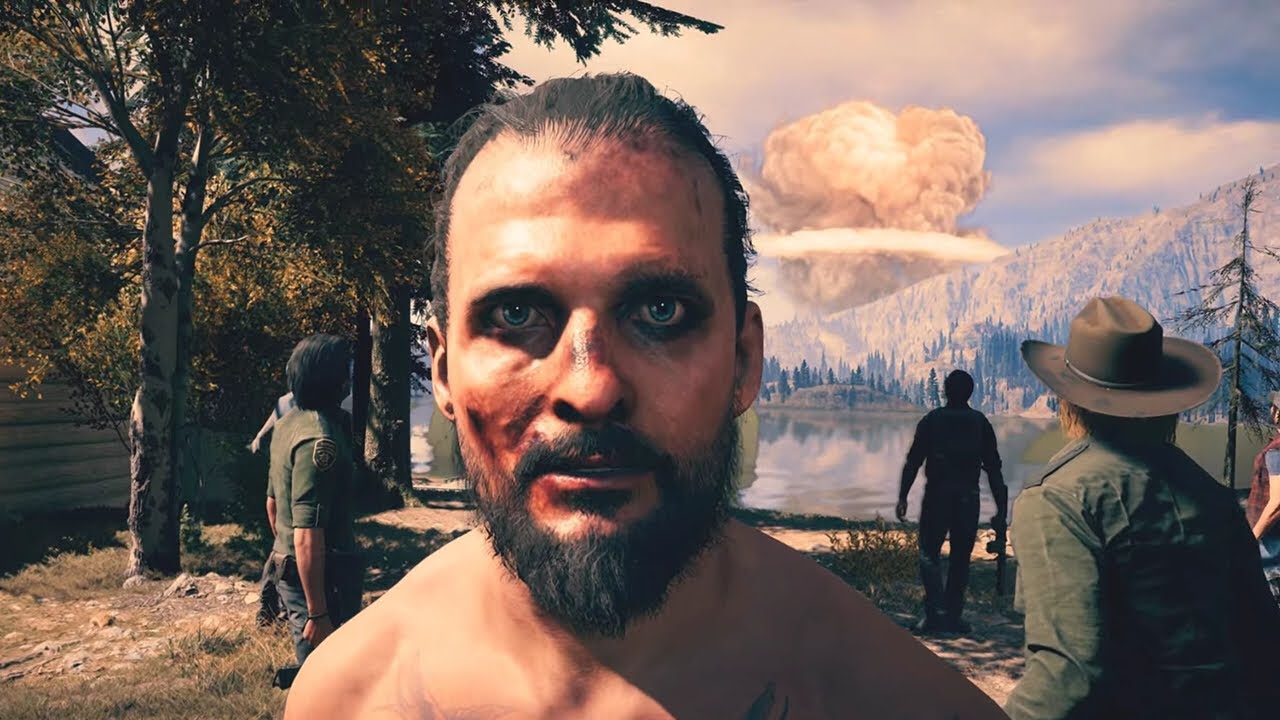 When Far Cry New Dawn was announced, it was said that the game takes place 17 years after Far Cry 5.

At the time, that number sounded arbitrary and seemingly random, but after some hands-on time with the game and a discussion with the game’s narrative designer and scriptwriter, it turns out 17 is a very deliberate number.

If you’re at all familiar with video games that take place in a post-apocalyptic setting, you know that generally, the game is bleak, desolate and depressing.

Games like Fallout and The Last of Us are no doubt great, but from a general viewpoint, those aren’t worlds most people would want to seriously occupy.

Far Cry New Dawn, on the other hand, falls on the other side of the post-apocalyptic spectrum, acting as an enticing world that many players would likely agree to live in if they could.

At first glance, it might seem like the designers simply wanted to create something different in the post-apocalyptic landscape, but after speaking with Olivia Alexander, the game’s scriptwriter and narrative designer, it’s clear that isn’t the case.

Instead, she and the rest of the team used real-life phenomenon to design this world.

“So we actually consulted with a couple of meteorologists who specialize in this kind of weather,” Alexander said. “They mainly studied volcanoes because a catastrophic volcano event can also mimic the geographical effects of a nuclear fallout in that there’s a lot of particles in the air and a complete change in weather pattern and things like that.”

“In our research, we discovered that 17 is a very specific number, hence New Dawn coming 17 years later,” Alexander continued. “It’s because, feasibly, this is the time in which things would be this lush. In the period of maybe five to seven years, that’s when the world is having a really rough time.”

According to Alexander, 17 years following a nuclear fallout, the world would experience what is known as a Superbloom, which is basically an eruption of long-dormant seeds that turn a desolate landscape into a luscious overgrowth of vegetation and more.

“The flowers everywhere are a result of a real-life phenomenon that actually happens today in some deserts in California,” Alexander said. “I think it’s called Superbloom and the idea is that in deserts, after long, long periods without rain, you have this soil, these nutrients and these seeds that get all dried up and they just sit there dormant.”

“During this time, the world looks desolate,” Alexander said. “It’s covered in sand and dust and it looks desolate. It looks like there’s nothing that could ever come out of it…Then, when things clear up and the sun and rain come back, those dormant seeds spring back to life.”

“All of this was basically the perfect storm for this New Dawn setting — the idea that you have all of these flowers and plants and life blooming forth, but that underneath, you can still see the ash and the wreckage,” Alexander said.

For more information about Far Cry New Dawn, you can read what we think of the game after going hands-on with it for nearly three hours.

You can also check out some of our other Far Cry New Dawn news stories, all based on information we learned during a recent preview event with the game.