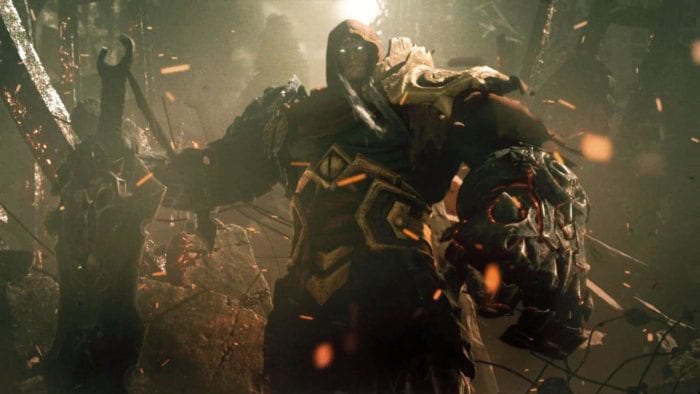 Ever since THQ Nordic released Darksiders III, the franchise seems to have been on the warpath —and in a good way. While the franchise has a sizable following, it’s about to gain even more fans. No, Darksiders IV hasn’t been announced, but the company is about to let players relive the series’ beginnings with a new port.

Earlier today, THQ Nordic announced that Darksiders: Warmastered Edition is coming to the semi-mobile platform of the Nintendo Switch. While the game is already available on the PC, PlayStation 4, and Xbox One, the Switch version marks the first time players can control the horseman War and fight against heaven and hell on the go.

Granted, Darksiders: Warmastered Edition was previously released on the Wii U, but that console didn’t sell very well. Moreover, the Nintendo Switch has sold over 32 million units (and counting), so odds are good the Switch version will outsell the Wii U port.

Darksiders: Warmastered Edition includes all the brutal combat, supernatural weapons and abilities, and post-apocalyptic dungeons from the first game. As you might have guessed by the gorgeously punny name, Warmastered Edition is a remastered version that also features better graphics and performance, which lets players enjoy the character designs and artstyle by Joe Madureira like never before, even on the Nintendo Switch’s undocked 720p screen.

As a fan of the Darksiders franchise, I couldn’t be happier to see War receive new life on Nintendo’s latest console, and now I am hopeful for the future. Perhaps Darksiders 2: Deathfinitive Edition will soon join in on the Switch fun. And maybe, just maybe, THQ Nordic will find a way to release Darksiders III on the Nintendo Switch, possibly with the help of the wizards at Panic Button who ported DOOM, Wolfenstein II, and Warframe to the Switch.

Darksiders: Warmastered Edition will launch both physically and digitally on April 2nd for the Nintendo Switch at the budget price of $29.99.