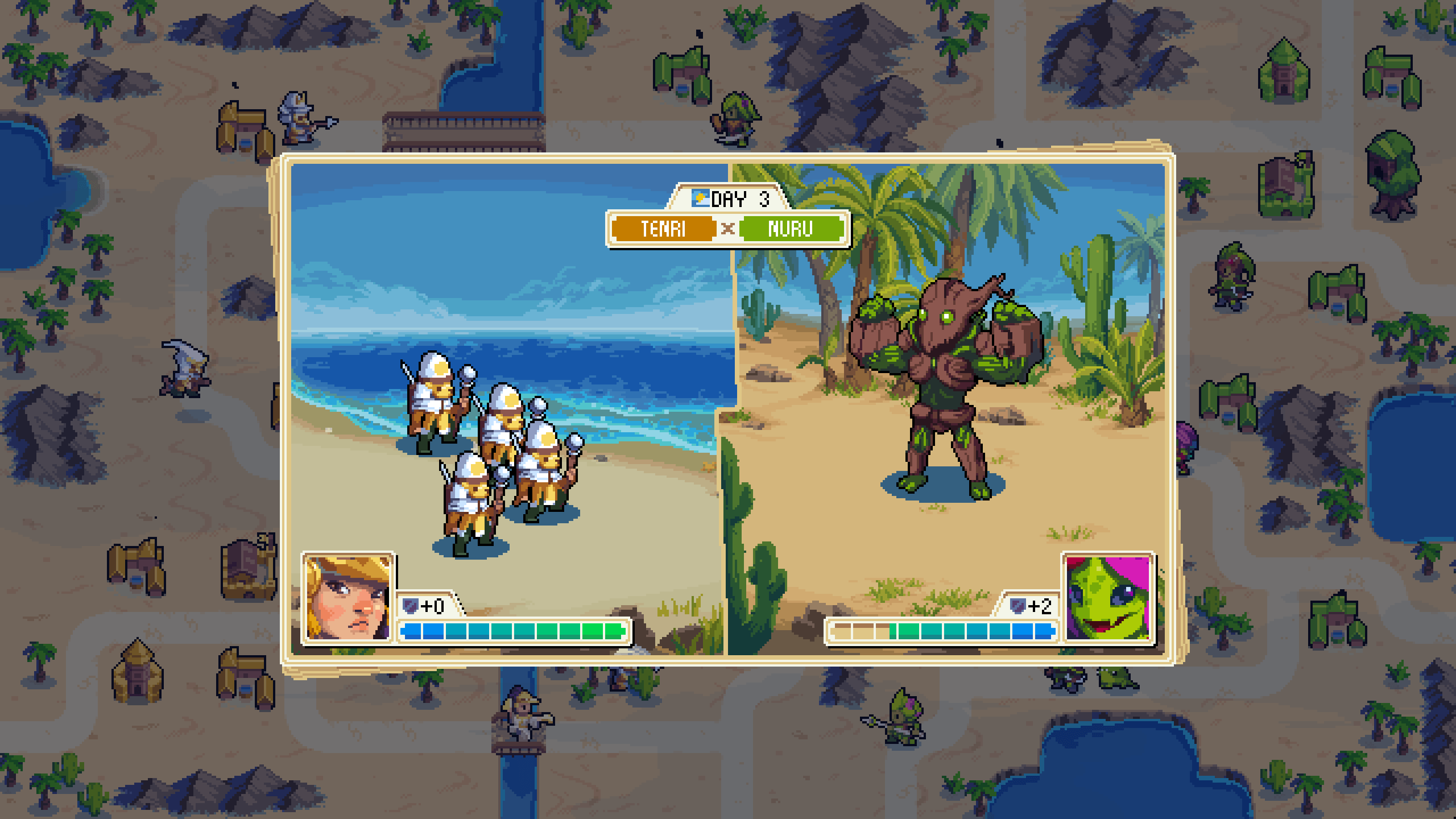 Wargroove, an upcoming independent game developed by Chucklefish, has released a new trailer that shows off the title’s turn-based tactical combat system in detail.  Additionally, other features are highlighted, such as the ability to recruit new units using a currency system and build maps using the creation tools available to players.

Chucklefish has confirmed that games like Advance Wars and other older tactical RPG titles are an inspiration for this game, addressing this by stating, “Wargroove aims to recreate the charm and accessibility of the titles that inspired it while bringing modern technology into the formula.”  The game will also contain up to four-player multiplayer battles.  You can take a look at the trailer below and see the gameplay in action.

No official release date for Wargroove has been announced at this time, but it is expected to release in early 2019 for PC, Xbox One, PS4, and Switch.  Chucklefish is known for publishing a number of high-profile titles, such as Stardew Valley and Risk of Rain, though the company has also previously developed Starbound, a sandbox adventure game.

For more information on Wargroove, including previously released trailers, check out the game’s website.  There’s also a quiz available that will sort you into one of the major factions of the game.