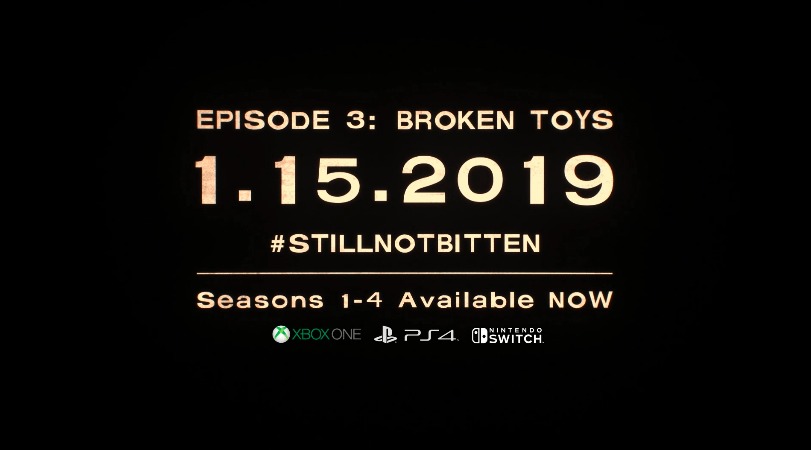 Announced during the Kinda Funny Games Showcase, Skybound Entertainment will be releasing the third episode of The Walking Dead: The Final Season next month.

Since the closure of Telltale Games of earlier this year, the big question is what would happen to Clementine’s story as only the first two episodes were released before the studio shut down. Skybound Entertainment, Robert Kirkman’s production company, took over the adventure series and planned to finish the last two episodes for the fans of the series alongside a Telltale skeleton crew.

The Walking Dead: The Final Season episode one and episode two are now available on Switch, Xbox One, PS4, and PC. You can look forward to the third episode “Broken Toys” once it launches on Jan 15.

You can watch the teaser trailer for “Broken Toys” right here: