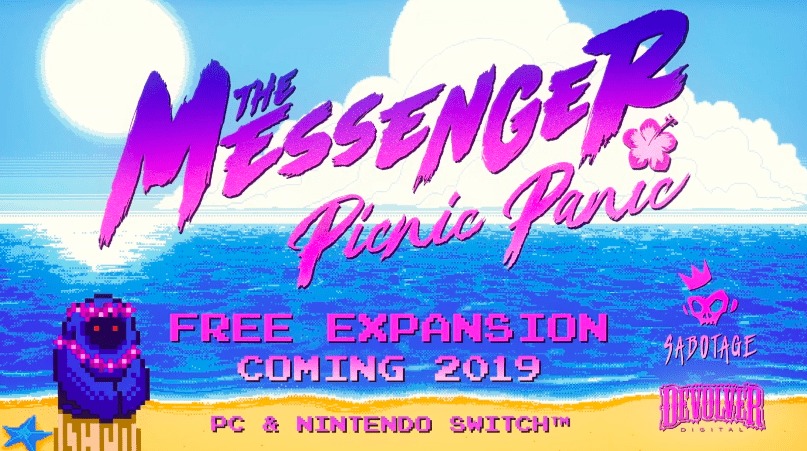 Announced during the Kinda Funny Games Showcase today, The Messenger will be getting a free expansion in 2019 titled “Picnic Panic” and will bring oceans, waves, and octopi to the 2D sidescroller.

“As a demon army besieges his village, a young ninja ventures through a cursed world, to deliver a scroll paramount to his clan’s survival.

Leveraging player expectations as a core design ingredient, The Messenger is first presented as an 8-bit action platformer with a simple story only to turn into an epic time traveling tale, eventually revealing itself as a 16-bit Metroidvania packed with replay value and deadpan humor (via Sabotage Studio).

The Messenger received great reception upon release earlier this year, specifically due to its “twist” towards the latter half of the sidescroller. Drawing influences from Ninja Gaiden and other old-school platformers, The Messenger sort of changes into a Metroidvania as the game progresses, turning the entire game on its head.

We reviewed The Messenger as well, so if you’re interested in that, you can read it right here.

The Messenger is now available on the Nintendo Switch and PC. Picnic Panic will available sometime in 2019.

What do you guys think about the new expansion? Have you guys tried out the game yet on Switch or PC? Let us know in the comments below! Check out the trailer for the expansion below:

One of the best games of the year is getting DLC. Here's what @messengergame has up its sleeve. #KFGShowcase pic.twitter.com/proKyRxica