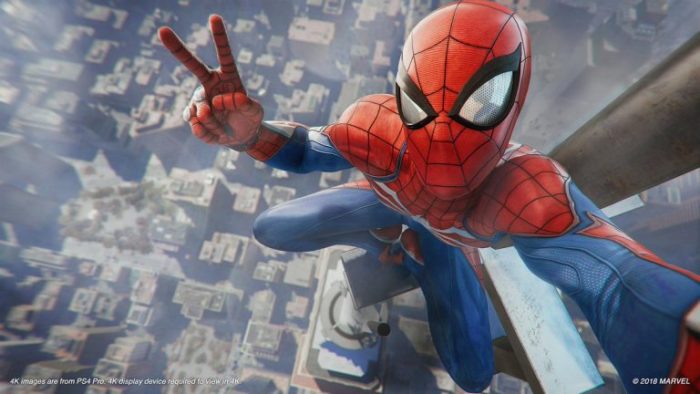 Today’s issue of Weekly Famitsu included an interesting special that prompted 128 Japanese developers and industry professionals to vote their favorite games of 2018.

After that, each game was given points according to the votes provided by each developer, and a full ranking was compiled, with some definitely interesting results.

Below you can read the full list. Do keep in mind that you’ll find a few games that weren’t released in 2018. Developers are very busy, so they may end up playing a game late. Others simply keep playing the same game well beyond the first year as it takes them longer to clear it.

That’s certainly an interesting list, with the top dominated by PS4 blockbusters, and Octopath Traveler as the top-ranked Nintendo Switch game. While some like Monster Hunter: World and Red Dead Redemption 2 were also released on Xbox One and PC, in Japan they’re basically considered PS4 games since the market on Microsoft’s console and Steam is very small.

The article on Famitsu included the top choices of every developer, so let’s take a look at some of the most interesting picks.

Atelier Producer Keisuke Kikuchi also had Insomniac Games’ title at the top, and the same can be said about his colleague Junzo Hosoi and Attack on Titan series Producer Hisashi Koinuma. On the other hand, their boss Kou Shibusawa preferred Red Dead Redemption 2. Team Ninja boss Yosuke Hayashi ranked God of War first, followed once again by Marvel’s Spider-Man.

Cygames Executive Producer Yuito Kimura was certainly an outlier, casting his vote for Fallout 76. His second-place vote was more akin to the norm with our friendly neighborhood Spider-Man. Granblue Fantasy Director Tetsuya Fukuhara had a PS4 triplet at the top, with Spider-Man, God of War, and Detroit: Become Human.

CyberConnect 2 boss Hiroshi Matsuyama leaned towards the Nintendo side, with Super Smash Bros. Ultimate as his game of the year.

Gravity Rush and Siren Director Keiichiro Toyama held true to his love for horror with Friday 13th: The Game. FIFA18 was his second favorite title of the year.

Danganronpa Creator Kazutaka Kodaka cast his top vote for Marvel’s Spider-Man followed by Detroit: Become Human. Nihon Falcom President Toshihiro Kondo also had Insomniac’s title at the top, followed by God of War. Ace Combat 7 Producer Kazutoki Kono had the same games as Kondo-san at the top of his list, but inverted.

Nier: Automata Director Yoko Taro voted for the Tiny Arcade series, while his second-place vote was for the Capcom Beat ‘Em Up Bundle. Designer Takahisa Taura, who created Nier: Automata’s gameplay was all the way on Nintendo’s side from 2017, with The Legend of Zelda: Breath of the Wild followed by Splatoon 2.

It’s certainly interesting to see a result so strongly in favor of PS4 blockbusters among Japanese developers, especially considering how strong the Nintendo Switch has been and continues to be in Japan. That being said, it’s not all that surprising considering how many Japanese devs lean towards creating storytelling-focused games.

If you’re interested in reading what we thought were the best games of 2018, you can check out our own Game of the Year ranking. You can also read our review of Marvel’s Spider-Man.