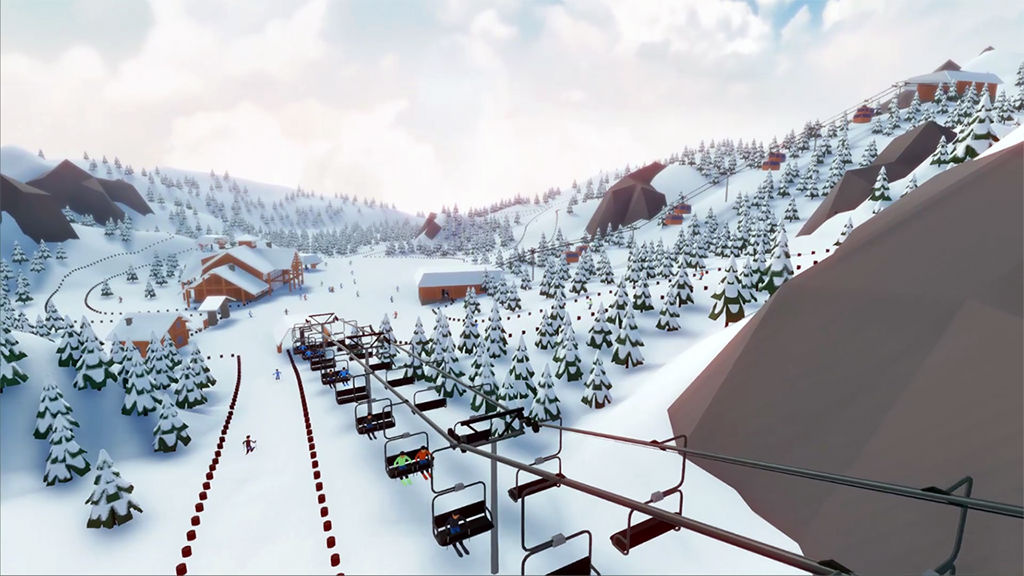 Miss Ski Resort Tycoon? Or do you just like skiing and think it would be fun to design your own Ski trails? Snowtopia, a new game from developers Tea for two studio, a small indie development team from France, looks like it could scratch that itch.

A recently released trailer (see below) for Snowtopia promoting the Alpha release (which can demo now if you’d like), shows off the charming ski resort management game.

According to the game’s official website, you’ll be able to build and manage the resort, unlock a variety of skiiers with different expectations and desires, design ski runs and lifts, etc. You know, the usual kind of stuff you’d want in a game like this.

We haven’t had the chance to dive in ourselves yet, but on the surface it looks extremely simple and relaxing to play. Hopefully that chill wintery vibe that they have going on in the trailer persists into the full game.

There’s a Kickstarter coming at some point although we don’t know when, if Snowtopia looks like something you’d want to back and help get off the ground.

Like every game in existence these days basically, but especially management ones like these, I’m pulling for a release on Nintendo Switch. Other than the assumed and obvious PC release of some kind, there’s no word about consoles. We’ll likely get some answers when the Kickstarter goes live.

There’s no release date either unfortunately, so just keep tabs via the game’s social media if you want to remember it exists down the road.