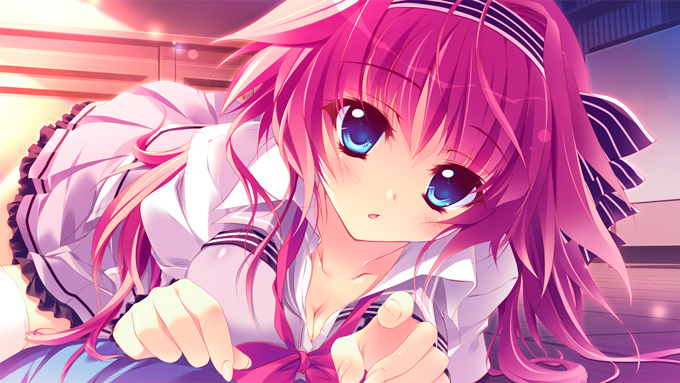 Today HuneX and Dramatic Create announced the Japanese release date of the PS4 version of the visual novel Saku Saku: Love Blooms with the Cherry Blossoms.

Titled in Japan Koi ga Saku Koro Sakura Doki and developed by Palette, the game has been out for a while on PC, and it’s already available in English on Steam courtesy of Sekai Project.

The PS4 version, which has not been announced for the west, for now, will launch in Japan on February 28th, 2019. It will get both physical and digital download releases, priced at 6,900 yen plus taxes.

If you’re unfamiliar with Saku Saku, below you can read a blurb describing the localized version for PC:

“Springtime. Cherry blossom season.
It is a time of first encounters and final partings, a time when buds are sprouting.

But for Asaba Yuma, a 2nd-year student at Mihaya Academy, it was simply a gloomy day.

Yuma was something of an accomplished love expert that all the girls in the academy came to for their romantic troubles. So skilled was he that there was even a 21,000 yen (taxes included) “love bounty” placed upon his head. Whether it was seeking advice regarding jealousy or even infidelity, Yuma heard it all and increasingly it made him less and less interested in love.

Then one day he met a mysterious girl.

She had never fallen in love before.
Yet, she believed that it was something truly wonderful.
That girl also had a rather mysterious job.

“Do you want to fall in love?”
As a fairy of love, her job was to make Yuma’s love come true.”

We also got a few screenshots of Saku Saku, showcasing the cutesy art style by eco* and Izumi Tsubasu.

If visual novels make your heart beat, you can also check out the recent news about Eve: Burst Error sequel Eve: Rebirth Terror for PS4 and PS Vita.