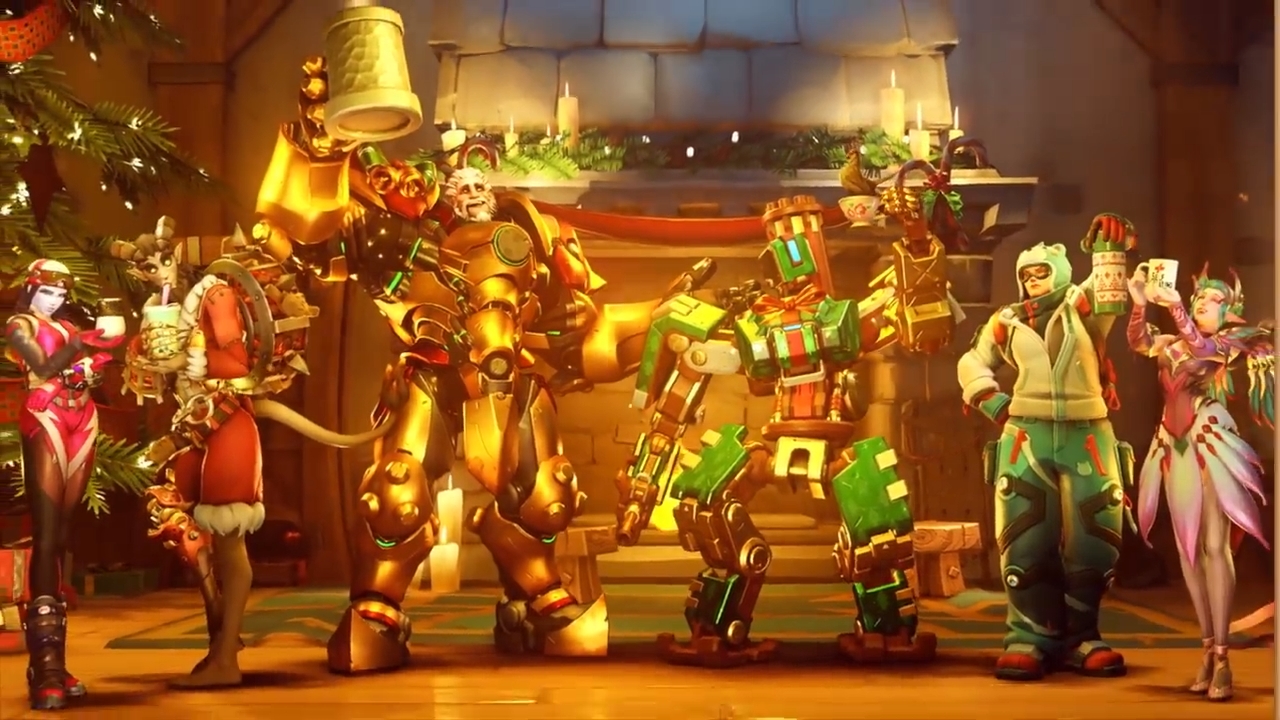 The seasonal event returns with new skins, emotes, and highlight intros to receive from festive loot boxes. Past skins and other cosmetics exclusive to the winter event return as well.

Players will also play on some Overwatch maps re-skinned for the holidays with Black Forest, King’s Row, Hanamura, and Blizzard World, which released at the very beginning of 2018. Check out the official website for a preview of the new and returning skins.

The event launches alongside a patch for all platforms which strengthens a few characters. Bastion, Doomfist, McCree, and Torbjörn all received a few improvements, while Brigitte’s Inspire ability has had its attributes increased at the expense of the damage caused by her Shield Bash ability. Check out the patch notes for the full list of changes and bug fixes.