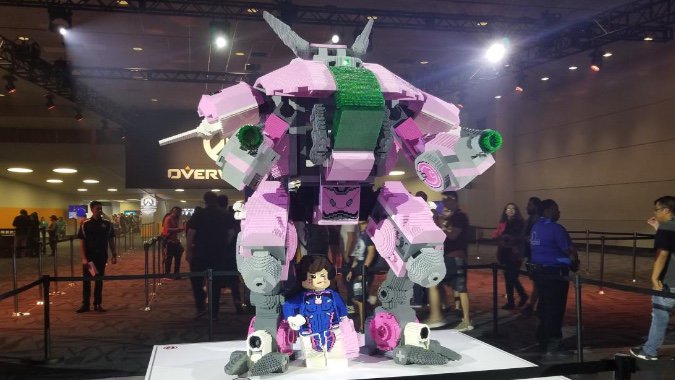 Earlier this year Blizzard and Lego announced that they would be teaming up to bring the world of Overwatch to a variety of Lego building kits. In just a few short days collectors and Overwatch fans alike will finally be able to get their hands on them.

The Overwatch Lego collection will hit store shelves Jan. 1, 2019 and be available wherever Lego sets are sold. Which nowadays is almost anywhere.

The collection features a total of six unique sets. Each one depicts recognizable locations and characters from the Overwatch universe.

The first wave of Overwatch Lego sets is as follows:

This is the second time that Lego has ever produced full building kits based on a video game property. Minecraft is the only other gaming IP that has ever received Lego sets based on its characters and locations. Unless of course, you count the small expansion for Lego Dimensions that featured Sonic the Hedgehog.

Hopefully, if the Overwatch license proves to be a success we will see more gaming IPs get the adorable building block treatment.

You can pre-order the Overwatch Lego collection here on the official Lego web store or you can purchase them at your local toy retailer on Jan. 1, 2019.