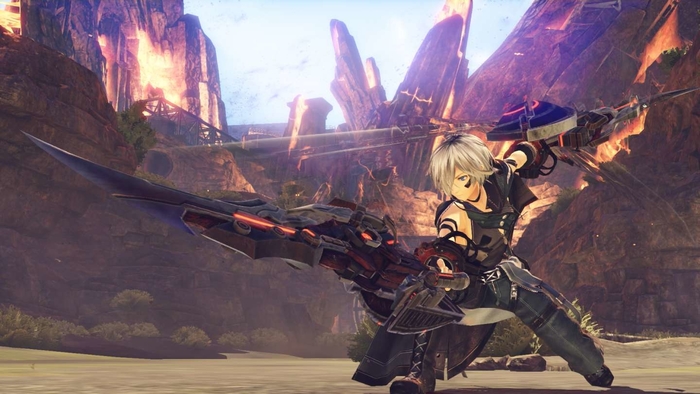 Bandai Namco’s Japanese action role-playing series that is akin to Monster Hunter, God Eater 3, has received a new TV spot for its upcoming release on PS4 and Steam over in Japan. Considering that since the game will be coming out in less than two weeks for Japan audiences, having a new trailer for the small screen isn’t surprising to see, especially with how popular the series is in that country.

If you’ve never checked out the God Eater franchise then here’s the lowdown on this upcoming third entry, courtesy of Bandai Namco:

“All of sudden, unknown life forms called “Oracle cells” begin their uncontrolled consumption of all life on Earth. Their ravenous appetite “devour” and remarkable adaptability earn them first dread, then awe, and finally the name “Aragami”. In the face of an enemy completely immune to conventional weapons, urban civilization collapses, and each day humanity is driven further and further toward extinction.

One single ray of hope remains for humanity. Following the development of “God Arcs”—living weapons which incorporate Oracle cells—their wielders, the “God Eaters,” appear. In a world ravaged by mad gods, these “God Eaters” fight a desperate war…

Create your character, and fight for the survival of human-kind in GOD EATER 3. Select your weapon from a wide range of God Arcs and face brand new Aragamis in dynamic high-speed battles. Explore devastated areas you have never seen in the previous GOD EATER games.”

God Eater 3 launches in Japan on Dec 14 for PS4 and Steam.

You can also check out the North American trailer for God Eater 3, which previously revealed the launch date for God Eater 3 for players here in the west: Feb 8, 2019. Also, if you happen to be on the PlayStation Store on your PS4, then you can now download a free demo for God Eater 3, as well as a demo for Project Judge.