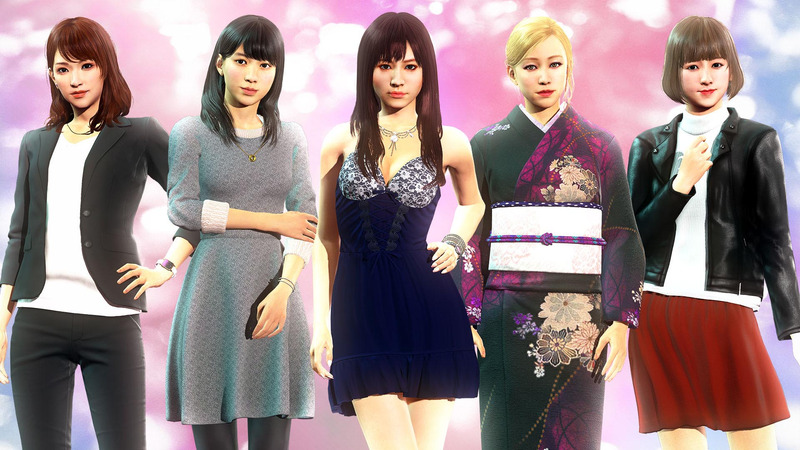 Today Sega revealed several DLC packages that have been released in Japan for the Yakuza spin-off Judge Eyes, which will be titled Judgment in the west.

If precedents with the Yakuza series are an indication, those DLC will make their way to the western release as well in some form.

The Present Costume pack includes a set of five costumes for some of the ladies portrayed in the game, it costs 1,000 yen and it has been released today. Also today players got the Ultimate Medicine Pack for 1,600 yen. it’s basically a set of items to help out those who aren’t very good at action games by providing powerful effects.

We also get to take a look at past DLC like the Play Spot Fun Pack released on Dec 13 for 1,00 yen. It comes with several frames that can be used on your racing drone.

The Detective Life fun pack includes items, figurines, and even cats that can be used to decorate our office, on top of 18 additional camera filters. It costs 1,600 yen.

There is also an “All-in-One Pack” which includes everything for 3,000 yen.

Those who’d like to have something for free shouldn’t worry, as Sega is also sticking to the tradition of supporting its Yakuza games with plenty of free DLC delivered weekly. The third has been released today, and it includes materials to improve the racing drone. The first package that came on Dec. 13 included the “Extra Easy” difficulty level and consumables that fans of the series will recognize like Tauriner and Toughness Z. A second package, released in Japan on Dec 21 was of similar nature, with a Staminan X, a First-Aid Kid and more.

We recently learned that Judgment launched pretty successfully in Japan, and it will be released in North America and Europe exclusively for PS4 next summer.