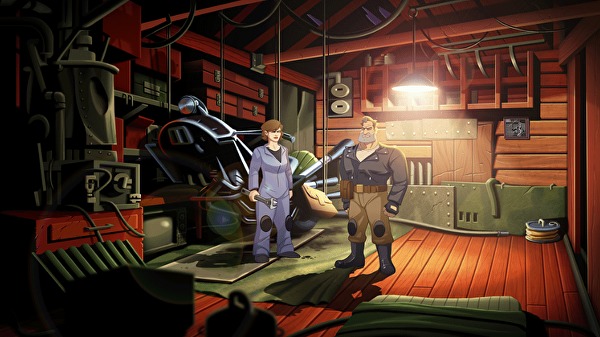 GOG, a DRM-free digital games marketplace for PC, is kicking off its winter sale in style by making Full Throttle Remastered available for free until Dec. 15, 2018, in addition to discounts on thousands of titles.

Full Throttle Remastered is a classic adventure title originally developed by LucasArts in 1995, with the design done by Tim Schafer, who would later go on to create the remaster in 2017 with his own studio, Double Fine Productions. The game follows Ben Throttle, the leader of a biker gang, as he works to prevent a corrupt businessman from framing his friends for murder.

In addition to a free game, there are also thousands of discounts available in the winter sale now and throughout the next several weeks. Some deals refresh daily, so you may want to check back frequently. Further incentives for buying titles are available, as spending any amount of money will unlock a free copy of the strategy title Fantasy General, and a purchase of more than fifteen dollars will include space shooter Everspace.

A few highlights of the sale so far include relevant RPGs like The Witcher 3: Wild Hunt with all DLC for $19.99 and Pillars of Eternity 2: Deadfire for $32.99. For fans of smaller, indie experiences, Pyre for $7.99 and Cuphead for $15.99 could be great choices.

For more information about this sale and to pick up a free copy of Full Throttle Remastered, you can head over to the sale page.