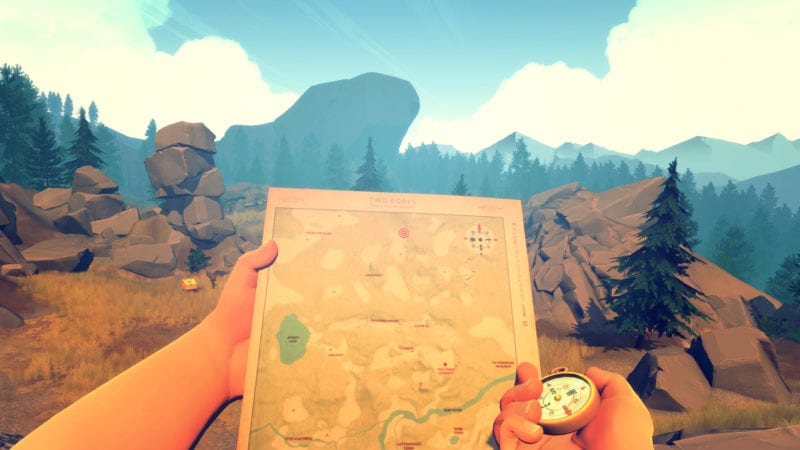 Campo Santo has finally released their indie darling, Firewatch, onto the Nintendo Switch, with walkie-talkies and all. The development studio has also released a new trailer to coincide with the eShop launch, which you can check out below.

In Firewatch, you play as a man named Henry who –after having marital troubles with his wife– ends up volunteering as a fire lookout in a Wyoming forest. Only having communication with one person via walkie-talkie, his supervisor Delilah, Henry slowly forms a somewhat inappropriate relationship with her while at the same time, mysterious secrets are uncovered surrounding the national park.

Making interpersonal choices, keeping the campers safe, and discovering some hidden affairs throughout the park is what makes Firewatch such an emotional and thrilling ride. The somewhat short story makes for the perfect little Switch game to cozy up to around a campfire, or just in your bedroom.

Firewatch is now out for the Nintendo Switch for the price of $19.99. You can also download Firewatch on PC, PS4, and Xbox One.

In other Firewatch news, a film adaptation based on Campo Santo’s adventure game was announced back in 2016 with the development studio pairing up with production company ‘Good Universe.’ Not much is known about the film, except that it will, indeed, follow similar story beats from the indie game.