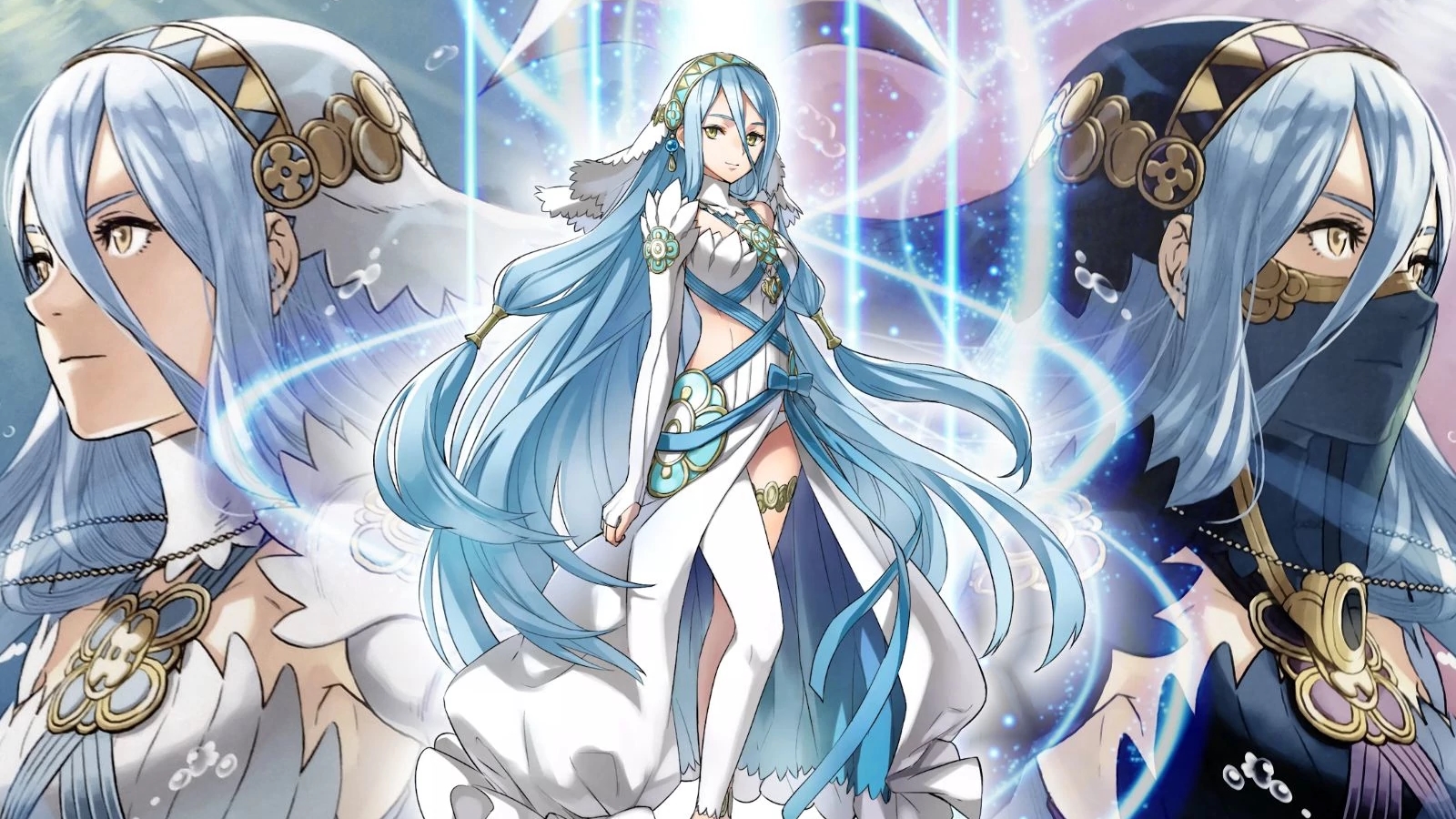 From now until Jan. 7, a new Summoning Event is live in Fire Emblem Heroes where you can add Azura: Vallite Songstress, a new Legendary Hero, to your cast of characters.

Azura makes her first appearance of the series in Fire Emblem Fates. As the princess of Valla and Nohr, she’s one of the main playable characters. Many fans regard her as having some of the best character music in all of the Fire Emblem games.

In Fire Emblem Heroes, Azura has 5★ skills that include Gray Waves and Prayer Wheel. Other Special Heroes and Focus Heroes included in this event are Hector, Takumi, Camilla (Tropical Beauty), and Marth. This banner is still young, having only released a few hours ago, so there are many more 5★ Heroes to discover.

Book III’s Feh Channel was recently uploaded to the Nintendo Mobile YouTube channel, along with the Book III Movie. Fans are hoping future updates bring the game to new regions since there are still many countries with large mobile markets, such as Malaysia, where the game isn’t available.

Fire Emblem Heroes is one of Nintendo’s biggest money-makers on the mobile market, raking in over $400m across iOS and Android as reported in August. Other mobile launches from wildly popular Nintendo series have fallen flat in comparison, with Super Mario Run earning $64m and Animal Crossing: Pocket Camp earning $42m.

As for other news in the series, a trailer for Fire Emblem: Three Houses was shown back in June at Nintendo Direct. That’s scheduled to come to the Nintendo Switch sometime in 2019.