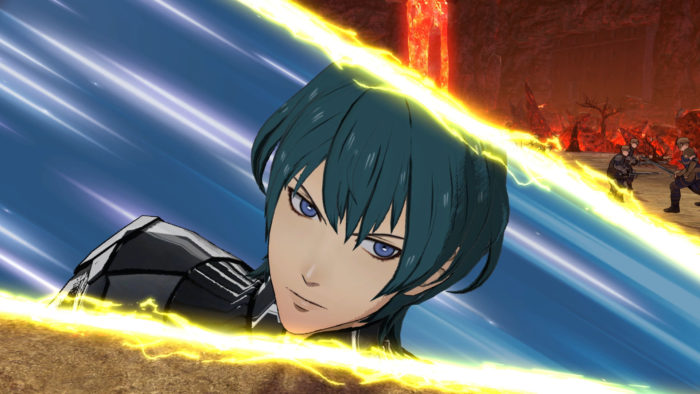 It’s hard to believe that, just a little over five years ago, the Fire Emblem series was on the threshold of doom. Marred by tepid sales and receiving little to no recognition by fans outside of Japan, Nintendo nearly pulled the plug on the strategy war sim, reasoning that, perhaps, it wouldn’t really be missed that much after all.

Cue Fire Emblem Awakening, the final gambit bombshell title that threw so much stuff at the walls, something would surely have to stick. Akin to a greatest hits of Fire Emblem’s past, almost every unique feature that had been seen made its return: customizable avatar? Check. Casual mode that removes permadeath? Check. Phantom recreations of heroes from previous games? Check. Mid-game marriages that lead to children units? A most sultry checkmate. It sits among rare company, holding a 92% overall score on Metacritic.

The results were nothing short of miraculous, and almost at once, Fire Emblem became an overnight success in the western market, and one of Nintendo’s hottest franchises. Subsequent titles would be met with eager anticipation and meticulous scrutiny, which is fantastic in a sense, but has created an entirely new conundrum in and of itself.

To the casual observer, Fire Emblem Fates is a stellar follow-up. Multiple branching storyline paths, an enormous army filled with memorable characters like Camilla and Ryoma, and more of the things that made Awakening so cherished. The three different editions — Birthright, Conquest and Revelation — hold an average Metacritic score of 87%, while the Special Edition that houses the complete experience claims a commanding 88%.

Just ask longtime Fire Emblem fans though, and they’ll tell you a different story. Embittered by the recency bias assigned to the 3DS titles, many derided it as being little more than a waifu simulator with a shallow narrative, starring a dull, Mary Sue protagonist. The children that had been so cleverly implemented in Awakening’s time travelling plot were clumsily shoehorned into Fates, leaning on bizarre alternate dimensions where time moved faster; a clear example of deus ex machina at its most blatant.

Whether fair or not, Fire Emblem Fates has become the black sheep of the franchise, albeit a very lucrative black sheep with diamond-encrusted wool and solid gold rings adorning its hooves.

As a remaster of the second title in the series from way back in the days of the NES, Fire Emblem Echoes: Shadows of Valentia was afforded the opportunity to scale back on the fan service of modern titles. The gameplay was largely returned to its basics, while implementing a smattering of new features like dungeon exploration and Mila’s Turnwheel, aka ‘oopsie make it that didn’t happen’.

Though it was another strong outing, Shadows of Valentia didn’t receive quite the critical acclaim of its 3DS brethren, holding a respectable 81% Metacritic score. Hamstrung by Gaiden’s dated conventions, it lacked in unit variety, and its inexplicable implementation of melee-ready archers threw its balance akimbo. The dungeons, while not terrible, felt a little dull, and though the cast had been fleshed out immensely — complete with full voice acting — most of them failed to stand out.

And so, we stand here on the precipice of another Fire Emblem game, with Three Houses poised to release exclusively on the Nintendo Switch in spring 2019. Undoubtedly, the game will be another runaway success commercially at least, particularly considering the tear that the Switch has been on since its launch last year. The real question lies with what direction it will take; whether it will dip into the tropes that made the 3DS entries so compelling and yet so divisive, or if it will maintain the integrity of its elders, potentially at the cost of accessibility.

It has to do something different, obviously. But what could that something be?

From the E3 reveal trailer, we have seen that Combat Arts are making a return in some form. Premiering in Shadows of Valentia, these unique skills unlock progressively the more a unit uses a particular weapon, incentivizing consistency in the way you equip your soldiers. How this will be affected by the return of weapon durability, however, remains a mystery. The clearest new addition, the Formation command, seems to integrate the nameless soldiers at your side in particular battles, which ought to be a refreshing change of pace.

We have also seen Byleth (your resident azure-haired protagonist) running around a city in a manner not dissimilar to Shadows of Valentia. Clearly, they are taking some cues from the latest offering in the series, but moreover, they are treading the same familiar path they have been venturing down for almost thirty years. In just that one trailer, we have learned that there is a divine goddess, a dragon, and at approximately the minute and a half mark, what looks like a power-hungry warlord who sets the course towards an inevitable war. Incidentally, this description could fit literally almost every other Fire Emblem title that came before it.

Nobody really expected for the narrative to pull a 180, but the Switch has been home to many ambitious reprisals of Nintendo staples, with Super Mario Odyssey and The Legend of Zelda: Breath of the Wild standing out as the frontrunners. It remains to be seen what Three Houses will do to stand out amongst these luminaries, and from the series as a whole.

Could the formula run the risk of growing stale? The same tried and true plot cues, the same heroes and villains of old — repackaged, renamed and sent back to the front lines? Obviously, we have not yet seen everything that the game has to offer, and it is interesting to note that both Awakening and Fates’ first trailers revealed a great deal more than what was shown here. The full scope of Three Houses’ creativity has yet to be seen, leaving us to ask what else can be done, or perhaps more importantly, what should be done?