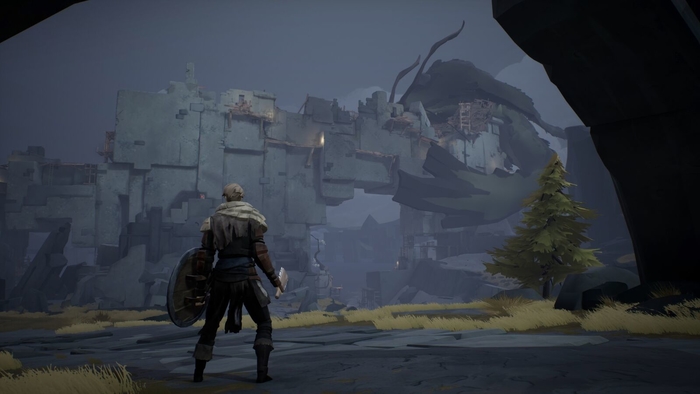 During The Game Awards 2018, Annapurna Interactive and A44 announced that their action role-playing game, Ashen, has been sneakily released onto the Epic Games Store and on Xbox One.

Ashen is an adventure game that you can play with a second person cooperatively and is focused on making connections. Here’s a blurb from Annapurna Interactive themselves via a press release:

“At its core, Ashen is about forging relationships, as players may cross paths with one another and choose to guide those they trust to their camp, encouraging them to rest at the fire and perhaps remain. There is no sun and the natural light that exists comes from eruptions that cover the land in ash. This is a world where nothing lasts, no matter how tightly one clings to it.”

Ashen costs $39.99, and is now available for purchase on the Epic Games Store and on the Microsoft Store.

You can check out the launch trailer down below that shows off the low fantasy and the serene yet mysterious world that Ashen has to offer:

During The Game Awards this week, tons of other big announcements were made such as Marvel: Ultimate Alliance 3 being a Switch exclusive, Mortal Kombat XI coming in 2019, and Joker from Persona 5 being added to Super Smash Bros. Ultimate as future downloadable content.

To read about all of the other reveals shown off, check out our home page.