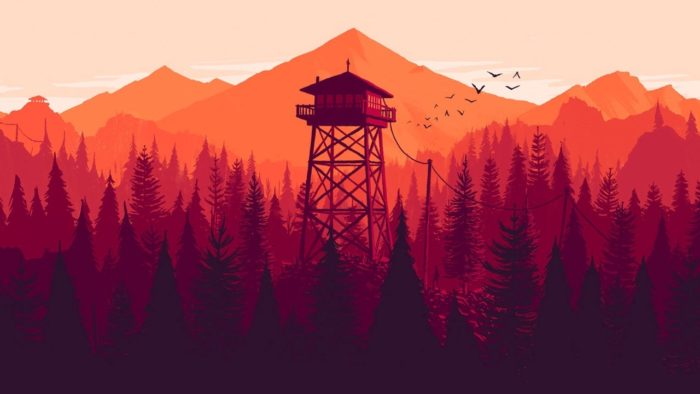 We knew that Campo Santo’s mysterious indie title, Firewatch, would be coming to the Nintendo Switch eventually, but now we know the exact date, thanks to a Tweet from the development team.

Firewatch will be launching on Dec 17 on the Nintendo Switch eShop for the price of $19.99. The game will, of course, include the free update that released a ways back that features a new free-roam mode and a developer commentary audio tour, letting you truly immerse yourself in the history of the game.

Campo Santo originally released Firewatch in 2016 and takes place in the Wyoming wilderness, where you play as Henry. Running away from his confusing and messy life back home, Henry chooses to become a volunteer fire lookout where he meets Delilah, his supervisor who he only has communication with via walkie-talkie. Mysterious events begin to happen in the campgrounds, and Henry is forced to make some wild decisions all while keeping the folks in the mountain safe from harm.

Firewatch is coming to Nintendo Switch on December 17th! We'll be in the Americas, Europe, Australia, and Japan eShops. pic.twitter.com/BJvPnTd4KU

Firewatch is now available for PS4, Xbox One, PC, Mac, and Linux.

In other Firewatch news, there is currently a film in the works based on Campo Santo’s video game. The development studio is teaming up with production company Good Universe to bring the indie hit to the big screen. No release date has been confirmed as of yet, but we will let you all know when that changes.