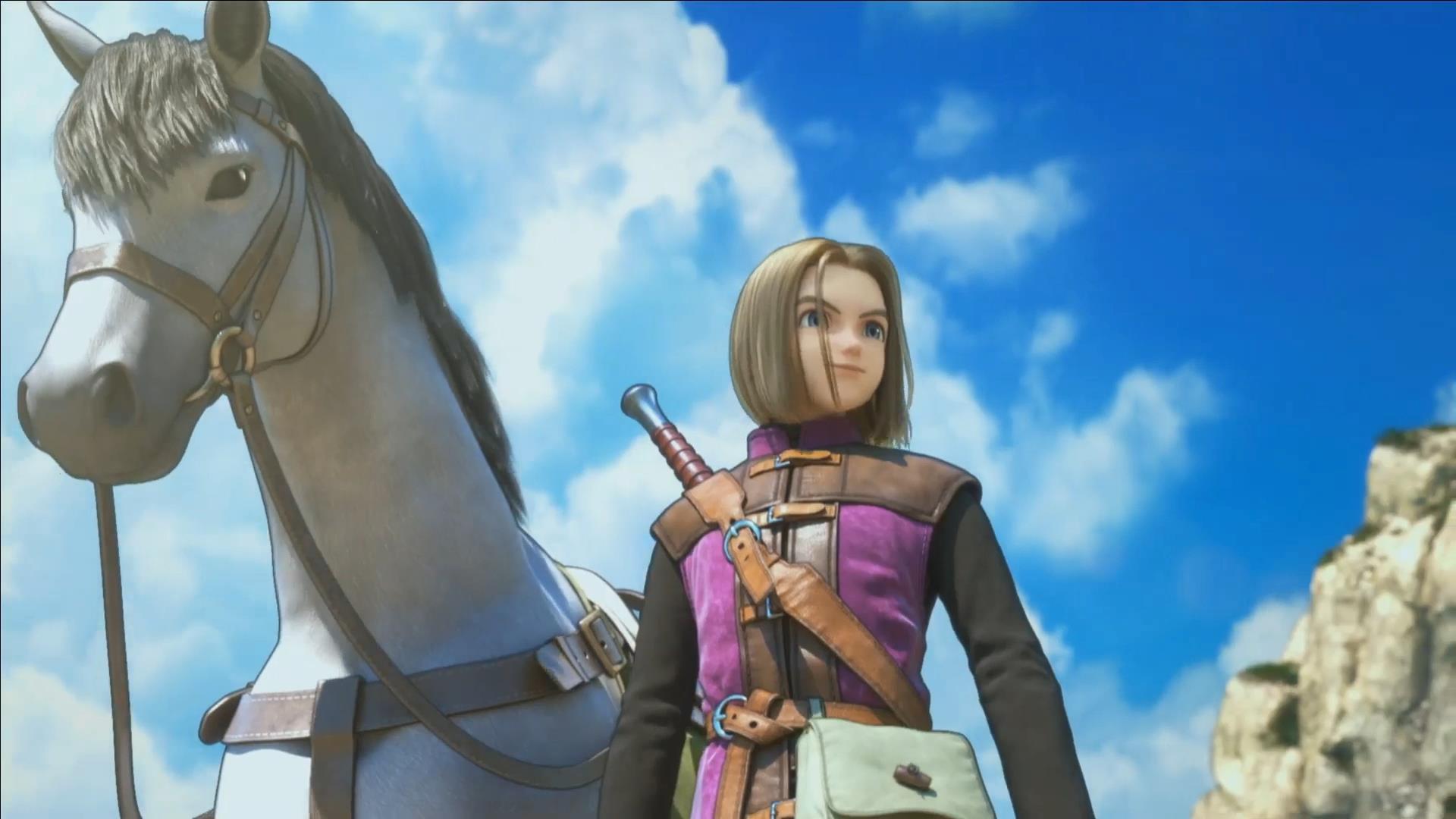 Series creator Yuji Horii, Producer Hokuto Okamoto, and Director Takeshi Uchikawa were in attendance to present the trailer, which you can enjoy at the bottom of the post.

On top of the trailer, we also got a release window. The game will be released for the Switch in Japan in 2019.

Dragon Quest XI S will include additional content and full Japanese voice acting. We also got the announcement of the voice actors for the main cast of characters.

Kouki Uchiyama will voice Camus (Erik in the western version). Martina (Jade) will be voiced by Ami Koshimizu. Maaya Uchida will play Veronica. Sena (Serena) will be voiced by Sora Amamiya. Masaya Onosaka will lend his voice to Sylvia (Sylvando). Last, but not least, Mugihito will be old man Row (Rab).

For those who would rather have the traditional text-only approach, voice acting will be an optional toggle.

Dragon Quest XI has already sold four million units worldwide on PS4, 3DS, and PC, so it’s quite likely that Square Enix is eager to enlarge that number even further. It even won a User Choice Award at the PlayStation Awards earlier this month.

If you want to know why Dragon Quest XI is so good, you should look no further than our review.

If you don’t care to wait for the yet unannounced release date, the game is currently available for PS4 and PC.

Project: Mara Announced by Ninja Theory, a Game About “Recreating the Horrors of the Mind”
By Alex GibsonJanuary 22, 2020