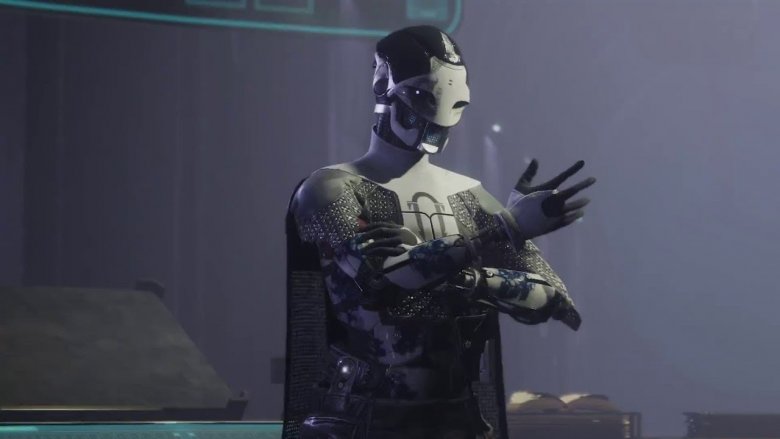 Today Bungie is adding the next Black Armory Forge to Destiny 2. The Izanami Forge is the third Forge to be released with the Black Armory DLC, and just like the other Forges, it comes with a new wave-based event and weapons.

In a new trailer for the Izanami Forge, it is revealed that players can find it on Nessus near the Exodus Black. We also see the new event in action as Guardians fight the Vex and navigate their way across various platforms.

The video also provides a look a look at some of the new Black Armory weapons coming to Destiny 2 with the Izanami Forge. Specifically, the footage includes close-ups of a gun that at first glance appears to be either a scout rifle or pulse rifle and a bow.

Bungie also provides players with a brief hint at the final Forge coming to Black Armory. A Guardian is seen walking towards a wall marked with the Black Armory logo as the text reads, “and on January 8 adventure to Niobe Labs”.

On the Destiny 2 Black Armory calendar released by Bungie, Niobe Labs was not listed as a Forge, but the image used for the new content appears to be a Guardian completing a Forge event. Presumably, there is a gameplay or story reason for Bungie to not refer to Niobe Labs as a Forge, but players will have to wait until January 8 to find out why.

Below you can find the full trailer. If you want to read about our impressions of the Destiny 2 Black Armory DLC, you can see them here. Also, be sure to check out our Black Armory guides on how to unlock Gofannon Forge, how to find weapon a core, and where you can find all of the Forge Saboteurs.