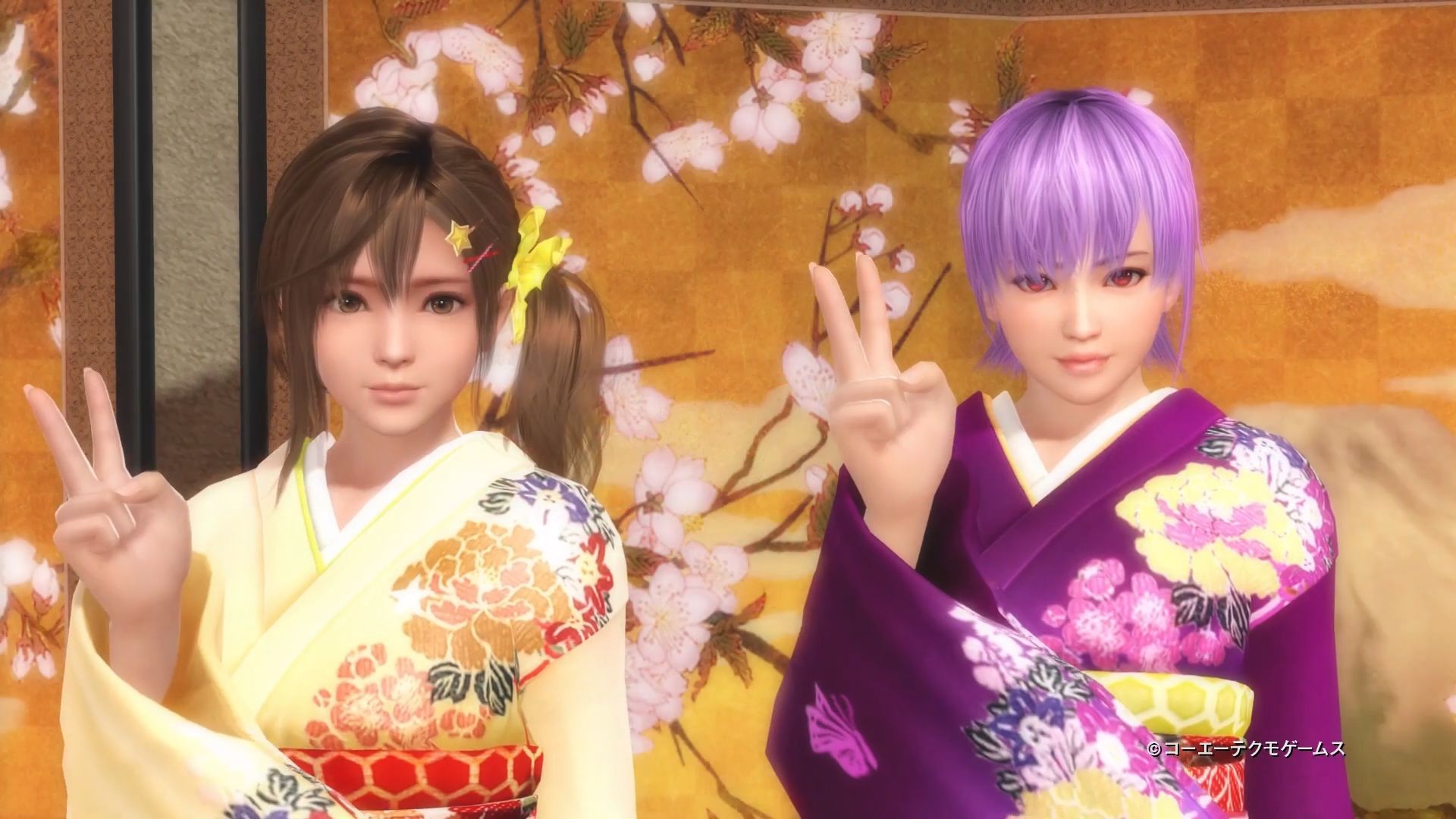 It’s the New Year in Japan, and for the locals it’s quite a big deal, being basically the most relevant Holiday there. It’s no surprise that free to play game developers try their best to get players in a celebratory mood. Dead or Alive Xtreme: Venus Vacation isn’t an exception.

Today DMM and Koei Tecmo released a brand new event on Dead or Alive Xtreme: Venus Vacation, bringing the usual large serving of free V-stones to do some gacha-ing with.

Speaking of gacha, we get a new featured one with Kimono for Ayane, Misaki, and Nyotengu, on top of a revival gacha with the kimono for Kasumi, Marie Rose, and Kokoro from last year.

A third featured gacha gives you another shot at the new character Nagisa. To the surprise of no one, this one is paid only. Considering the ludicrous 0.77% chance of unlocking Misaki’s older sister, I strongly advise against spending your Otoshidama money on this. She’ll become accessible for free down the line.

Speaking of free things, all players also get a free shot at the aforementioned gacha with the new kimono, and the event’s matches also bring back the lotions that will make your favorite ladies more or less bouncy in the right places. If you play the game, you know what I’m talking about.

You can check everything out in the new trailer released today, showcased at the bottom of the post.

If you’re not familiar with Dead or Alive Xtreme: Venus Vacation, it’s available exclusively for PC only at the moment, and only in Japanese.