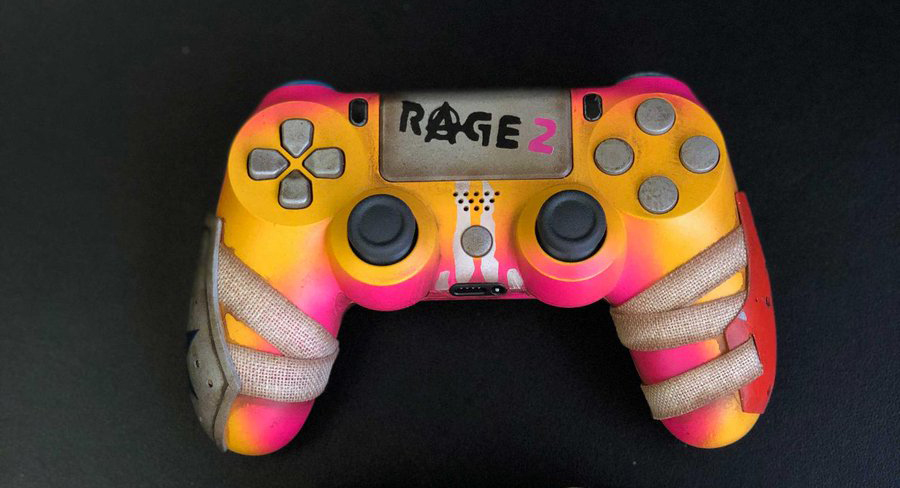 It might not be a partridge or even a pear tree, but these controllers up for grabs in the 12 Days of Bethesda Holiday sweepstakes aren’t messing around, they’re gorgeous, they’re custom, and they could be all yours.

As a way of promoting Rage 2, slated for a May release next year, you can win a pair of neon bois by following @RAGEgame on Twitter and giving Bethesda a retweet.

This is day 3’s prize, but yesterday brought us a copy of Prey: Digital Deluxe alongside an art book signed by Arkane Studios for one lucky winner, whilst the prize for the day before was a FrostSpark Premium Card Collection for The Elder Scrolls: Legends, with an additional pair of Houses of Morrowind packs.

The sweepstakes are taking place between Dec. 13 and Monday 24, ending 12:59 pm Eastern Standard Time (EST). You must be 18 or over to enter and be in with a chance of winning any of these prizes, all you need is a Twitter account, to follow the Bethesda game account listed and retweet the prize by 12:59pm EST the following day.

Interestingly, some of the accounts listed in the official rules have prematurely given away some of the games we can expect to see represented in the sweepstake prizes.