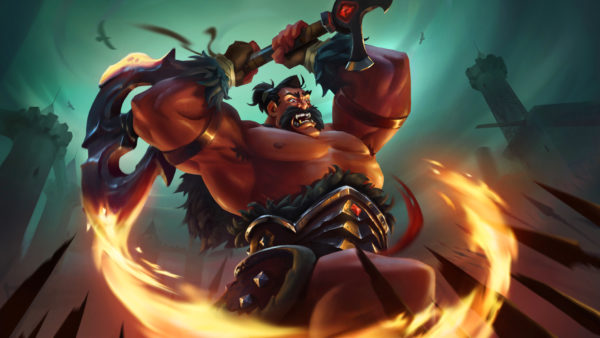 Every so often, a game company steps outside its comfort zone and tries something new. Or, to be more specific, it dips its toes into an old genre that is in the middle of a comeback.

Wargaming.net, the studio behind the World of Tanks franchise, is teaming up with Mad Head Games to produce Pagan Online, an action RPG with not-so-subtle shades of Diablo and Torchlight. Pagan Online is also a first for Mad Head Games, as the studio is mostly known for hidden object games.

Pagan Online’s official site describes the game as “an action hack-and-slash role-playing game set in a fantasy universe” that is “inspired by pre-Christian mythology.” The site doesn’t specify which pre-Christian mythology (or mythologies), though, which leaves the door open for several history textbooks worth of enemies, NPCs, and locales based on ancient religions and legends.

Pagan Online’s site makes several bold promises about the game’s features. Some, such as loot and mayhem, are standard for the action RPG genre, while others, including procedurally generated battlegrounds, are not quite so common. Additionally, Pagan Online will apparently combine classic dungeon crawling mechanics with MOBA-style combat, which probably means the game will feature a lot of skill shot abilities.

While Pagan Online isn’t quite ready yet, you can visit the site and sign up for the Trials, which are essentially a series of limited time alpha/beta tests. If you are selected, you will join an exclusive group of players who will test the game and provide feedback on everything from enemy difficulty to the in-game economy. Eventually, these tests will culminate in server stress tests that will threaten to set the servers on fire, possibly literally if the game’s FAQ page is to be believed. However, each Trials invite comes with one big stipulation: a Non-Disclosure Agreement. If you make it into the Trials, you legally can’t tell anyone what you see in the game.

On the bright side, though, Wargaming.net has already determined Pagan Online’s minimum system requirements. Anyone who has at least a 2.66GHz CPU, a GeForce GTX 650Ti or ATI Radeon HD 7850 graphics card, and 4GB of RAM should be able to run the game. Oh, and apparently Pagan Online can play on Windows XP. It’s only a fitting a game inspired by ancient history can run on a dinosaur of an operating system.

Pagan Online is scheduled to launch on PC sometime in the near future, possibly 2019.