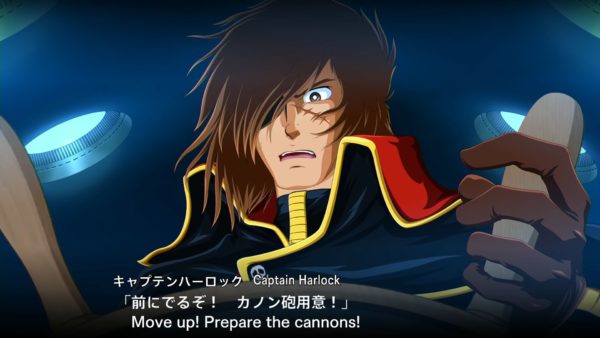 Following the recent announcement of the new Super Robot Wars game, titled Super Robot Wars T or Super Robot Taisen T if you like to use the Japanese title, the Asian branch of Bandai Namco came bearing gifts earlier today for those of us that can’t read Kanji.

The game will be released with English subtitles in South East Asia, and more precisely across Singapore, Thailand, Malaysia, Philippines, and Indonesia. This means that those who love the series will be able to import a copy even if Bandai Namco doesn’t bring it over officially to the west. While a western release is unlikely due to the usual licensing issues, this is probably the next best thing.

This new game, which will release in 2019 for PS4 and Nintendo Switch, will include four new franchises: Cowboy Bebop, Magic Knight Rayearth, Expelled from Paradise, and Arcadia of My Youth: Endless Orbit SSX. Considering that Captain Harlock is one of my favorite anime series of all time, the last title certainly pleases me.

You can enjoy the trailer below directly from Bandai Namco.

If you’re into Japanese games, you may also enjoy the latest Kingdom Hearts III trailer, and try your luck with our Pokemon Let’s Go Pikachu & Eevee Giveaway.