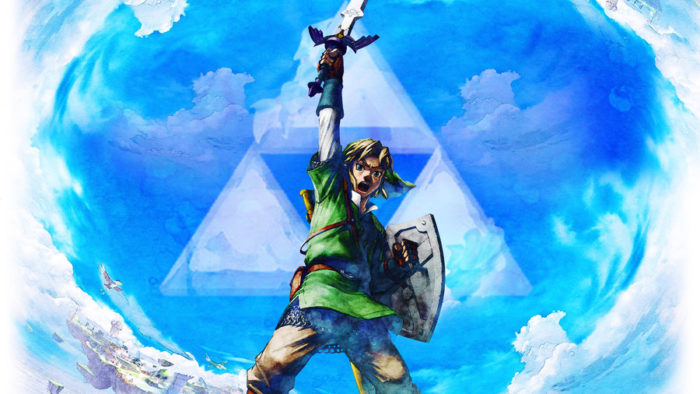 If you were hoping for a Nintendo Switch version of The Legend of Zelda: Skyward Sword, I’m afraid I have some bad news.

Over the weekend, we reported on a Japanese concert that featured memorable Legend of Zelda music. Eiji Aonuma, who serves as the producer and manager of the Legend of Zelda series, attended the concert and even walked up on stage, which is newsworthy in and of itself. But, then he set the Internet abuzz with one question: “We know what you are thinking, Skyward Sword for the Switch, right?”

Sadly, such dreams were not meant to be. Earlier today, a Nintendo spokesperson contacted Eurogamer with the following statement:

“At this time we have no plans to release The Legend of Zelda: Skyward Sword on Nintendo Switch.”

The message is as clear as it is sobering, which makes one wonder why Aonuma asked his question if a Switch port of Skyward Sword isn’t in the works. Was he speaking out of turn, or was the question designed to spark/gauge fan interest and possibly help him push for a future Switch release?

Even if The Legend of Zelda: Skyward Sword never comes to the Nintendo Switch, gamers can rest assured Nintendo is hard at work on new Zelda content. After all, the company posted two job listings earlier this month that asked for developers with experience in designing terrain/topography and in planning game events, dungeons, and enemies. While we don’t know if these job postings are for a new Zelda game or for more Breath of the Wild DLC, whoever is (or was) hired for these positions will likely help sculpt the future of the franchise.

We will keep a vigilant eye out for any future Legend of Zelda news, be it a new game or a port of an old title.