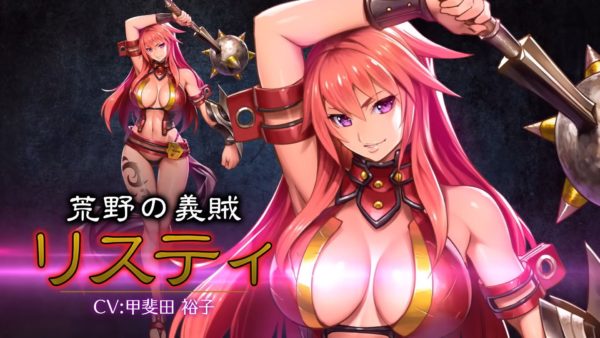 Before you get too excited, the game will be released for iOS, Android and browsers on PC. It’s going to be released to celebrate the tenth anniversary of the PSP classic Queen’s Blade: Spiral Chaos.

If you’re unfamiliar with the Queen’s Blade series, it’s a light novel franchise that sparked a ton of manga, anime, and tons of merchandising. It’s extremely popular in Japan and known for inordinate amounts of fanservice.

Queen’s Blade: White Triangle will, almost inevitably, feature an armor break mechanic, alongside all the most popular heroines from the original property.

While the mobile nature of the title might be disappointing for some, it’ll be interesting to see if the game will match its predecessor in gameplay, or will be a radical departure.

If you are interested in more Japanese games, it’s likely that something new from the Persona series will be revealed in April at a dedicated concert in Tokyo. In the meanwhile, you can check out a batch of brand new screenshots of Conception Plus for PS4.