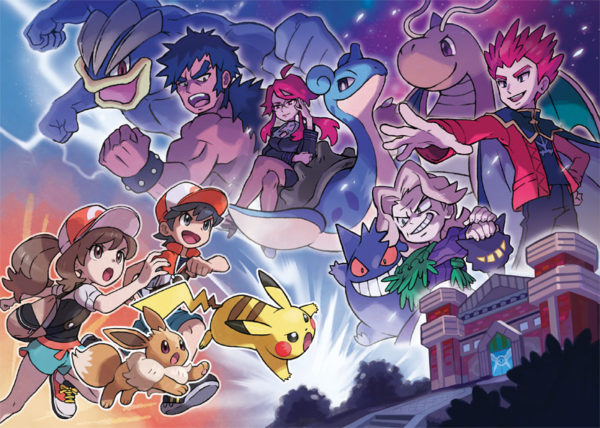 Nintendo has released a brand new trailer for Pokemon Let’s Go Pikachu and Let’s Go Eevee, this time focusing on the various gym leaders of Kanto as well as the infamous Elite Four. Of course, being set in the original region of Kanto, all of the gym leaders in Let’s Go are the same ones from the original Red and Blue games, from Brock to Sabrina.

The original Elite Four are also back for another round with Ice-focused Lorelie, Fighting-focused Bruno, Ghost-focused Agatha, and Dragon-focused Lance. They all look very similar to their original forms, but like the rest of the Let’s Go games have a slight redesign.

The trailer even gives us a quick teaser of some familiar faces we’ll get to meet, and battle, along the way. This includes the original protagonist Red and his rival Blue, and there’s even a very quick shot at the end of the seldom seen female character, Green.

There’s also a quick glimpse of the brand new Pokemon Meltan, and its evolved form Melmetal. You can see it all in the video down below.

Pokemon Let’s Go Pikachu and Let’s Go Eevee launches on Nov. 16 exclusively for Nintendo Switch. If you happened to miss the game’s spooky Lavender Town trailer released for Halloween, you can check that out here. You can also see details on Master Trainers in Let’s Go, and how there’s one for every kind of Pokemon in the game.

Are you excited to pick up Let’s Go Pikachu and Let’s Go Eevee, or are you still hesitant about the Switch’s first proper Pokemon game? Leave a comment down below and let us know.