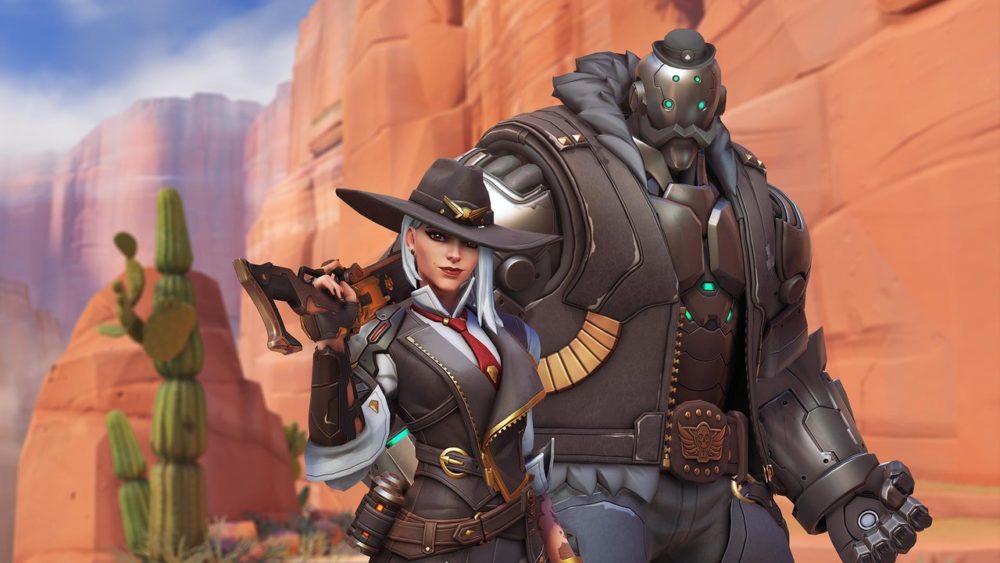 It’s high noon somewhere, and Overwatch’s latest animated short knows this all too well. The video is a love letter to shootouts and McCree mains, but it also paves the way for the future.

Even though Overwatch takes place in the future, it still has Old West bandits and shootouts. McCree’s a cowboy at heart, even though he’s got a cyborg arm, and he loves himself a good old fashioned gunfight. But, even when out-manned and out-gunned, he still demonstrates he’s the best lone gunman ever.

The latest Overwatch short, Reunion, takes place on the Route 66 map as McCree waits for a train heist and eats a pie. The man is nothing if not patient, as he is prepared for when the train explodes and a bunch of bandits, made out of a healthy mix of humans and Omnics, raid the ruins. In the end, he beats them all, and we all get to meet the latest member of Overwatch’s roster: Ashe, the leader of the bandits.

Ashe is about as rootin a tootin cowgirl as McCree is a cowboy, but unlike Mr. High Noon, she isn’t afraid to fight dirty. Ashe wields a lever action rifle, a coach gun with an insane amount of knockback (that she can use to launch into the air), and dynamite; and her ultimate is a summonable giant robot who goes by the name of B.O.B. and essentially acts like an AI-controlled extra hero. Oh, and Ashe has got a history with McCree.

Even though Ashe was born to a rich family (turns out B.O.B. was her robot butler), she loved making trouble and never really fit in with other people, so she just founded her own group of bandits to fit in with her: the Deadlock Gang. If that name sounds familiar, then you’re probably a big fan of McCree and his history, because before he joined Overwatch, he was a member of that very gang. Ashe might not have followed in her family’s footsteps, but she used the skills her parents taught her to transform the Deadlock Gang into a formidable force.

We don’t know when Ashe will be playable in Overwatch, but we know that she will feature quite a few unique skins, including an old school mobster and safari skin. Well, Ashe and B.O.B. will feature those skins because they’re part of a package deal.